Under the Unnat Bharat Abhiyan, IIT-Kanpur has brought together 15 leading higher education institutions from Uttar Pradesh.

e-Governance Services India Limited, an initiative of Common Service Centre’s (CSC), a special purpose vehicle under the Ministry of Electronics & IT, has tied up with Indian Institute of Technology (IIT) Kanpur to upscale Unnat Bharat Abhiyan.

Unnat Bharat Abhiyan is an initiative of the Ministry of HRD. It aims to find solutions to accelerate sustainable growth in rural India. Under the Unnat Bharat Abhiyan, IIT-Kanpur has brought together 15 leading higher education institutions from Uttar Pradesh.

SpaceX has launched a Dragon cargo capsule to orbit on May 4, 2019 to International Space Station. This mission was seventeenth routine launch of SpaceX for NASA since 2012. Cargo Dragon spacecraft was carrying 2,500 kilograms (5,500 pounds) of supplies for the astronauts on the ISS as part of the CRS-17 mission.

About eight minutes after launch, the first stage of the rocket landed successfully on the drone ship several miles out in the Atlantic Ocean. The launch had been delayed from Thursday, May 3 after an electrical issue with the drone ship. 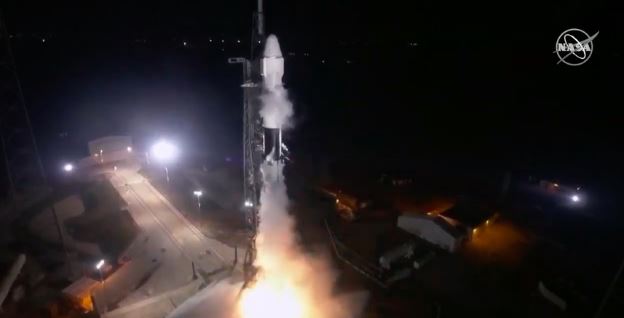 Falcon-9 is a two-stage rocket designed and manufactured by SpaceX for the reliable and safe transport of satellites and the Dragon spacecraft into orbit. Falcon 9 is the first orbital class rocket capable of reflight. SpaceX believes rocket reusability is the key breakthrough needed to reduce the cost of access to space and enable people to live on other planets.

Falcon 9 made history in 2012 when it delivered Dragon into the correct orbit for rendezvous with the International Space Station, making SpaceX the first commercial company ever to visit the station. Since then Falcon 9 has made numerous trips to space, delivering satellites to orbit as well as delivering and returning cargo from the space station for NASA.

Dragon is a free-flying spacecraft designed to deliver both cargo and people to orbiting destinations. It is the only spacecraft currently flying that is capable of returning significant amounts of cargo to Earth. Currently Dragon carries cargo to space, but it was designed from the beginning to carry humans.