Countries that have Apache helicopters

The Apache helicopter comprises the latest technology insertions and it is the only available attack helicopter with varied capabilities that make it suitable for any mission. The Apache’s capabilities range from greater thrust, lift and joint digital operability to cognitive decision aiding and improved survivability.

The Apache helicopter is customised to meet the commander’s needs including security, reconnaissance, lethal attack and peacekeeping operations in both land and littoral zones without the need of reconfiguration. 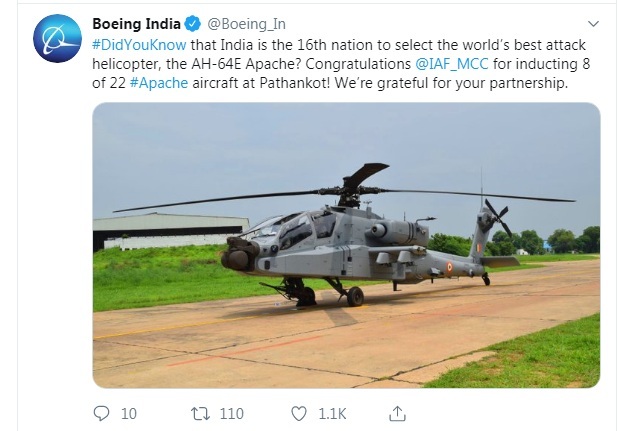 The Apache helicopter is similar to a flying tank, it is designed to survive heavy attack and inflict massive damage.

The combat helicopter can zero in on specific targets, regardless of whether it is day or night or even when weather is not suitable.

The Apache is one of the most lethal helicopters with the most advanced flight systems, weapons systems, sensor systems and armor systems.

The core structure of the helicopter is like any other helicopter. The Apache has double tail rotors with two blades each. However, the rotor is optimized to provide much greater agility than you find in a typical helicopter.

The core structure of each blade comprises five stainless steel arms called spars that are surrounded by a fiberglass skeleton. While the trailing edge of each blade is covered with a sturdy graphite composite material, the leading edge is made of titanium.

The titanium is strong enough to survive brushes with trees and other minor obstacles, which is ideal if the Apache is required to sneak up on targets and to avoid an attack. Further, the Apache's blades and wings detach for easier transport.

The Hellfire missile is the primary weapon of the Apache helicopter. The missile is like a mini aircraft, it has its own guidance computer, steering control and propulsion system.

The missile carries a payload that is highly explosive and powerful enough to take down the heaviest tank. 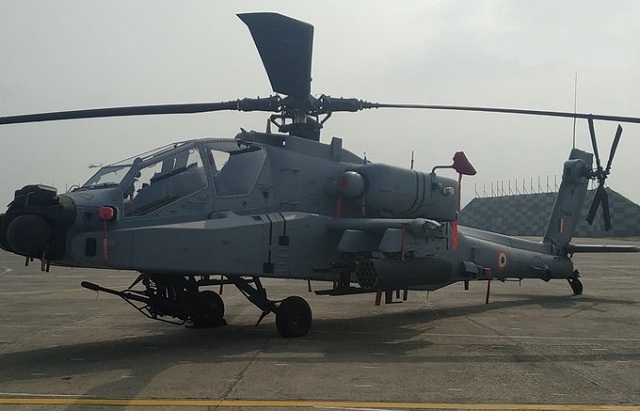 The Apache has two Hydra rocket launchers, each launcher carries 19 aerial rockets, secured in launching tubes. The rockets can be fired one at a time or even in groups. The rockets might be armed with high-power explosives or just smoke-producing materials.

In one configuration, the rocket delivers several submunitions, small bombs that separate from the rocket in the air and fall on targets below.

The Apache also comprises the automatic cannon, which is a chain gun that is powered by an electric motor. The electric motor rotates the chain that slides the bolt assembly back and forth to load, fire, extract and eject cartridges.

The chain gun is different from an ordinary machine gun, which uses the force of the cartridge explosion or flying bullet to move the bolt.

The Apache has two cockpit sections. While the pilot sits in the back, the gunner sits in the front. The rear section is slightly raised so that the pilot can see clearly. Both sections of the cockpit include flight and firing controls in case one pilot needs to take over the full operation. The Apache is capable to be in an automatic hovering position for a short period of time.

The Apache has sophisticated sensor equipment. The Apache Longbow can detect surrounding ground forces, aircraft and buildings using a radar dome mounted to the mast. The pilot and the gunner both will have night vision sensors to operate at night.

The Apache is designed to keep out of range and evade enemy radar scanning. The helicopter is designed specially to fly low on the ground and evade heat-seeking missiles by reducing its infrared signature.

The Apache is also heavily armored on all sides. The cockpit is protected with layers of bulletproof glass and reinforced armor. Boeing claims that every part of the helicopter can survive 12.7-mm rounds and vital engine and rotor components can withstand 23-mm fire.

The area surrounding the cockpit has been designed to deform during a collision, except for the cockpit cover. During a crash, the deformed areas will absorb a lot of the impact force, so that the collision isn't as hard on the crew.

The seats of the pilot and the gunner are also outfitted with heavy Kevlar armor, which can also absorb the force of impact.

The IAF  received the first Apache helicopter from Boeing in May 2019. By July 27, the first four of the 22 Apache combat helicopters were handed over to the IAF by Boeing.

The first deliveries are ahead of schedule. The IAF is expected to operate all 22 Apache combat helicopters by 2020.

India had signed a multi-billion dollar contract for 22 of these helicopters with the US and the American aircraft manufacturer Boeing Ltd in September 2015.