Haitham bin Tariq al-Said was chosen as the new Sultan of Oman after the death of long-time ruler Qaboos bin Said Al Said. 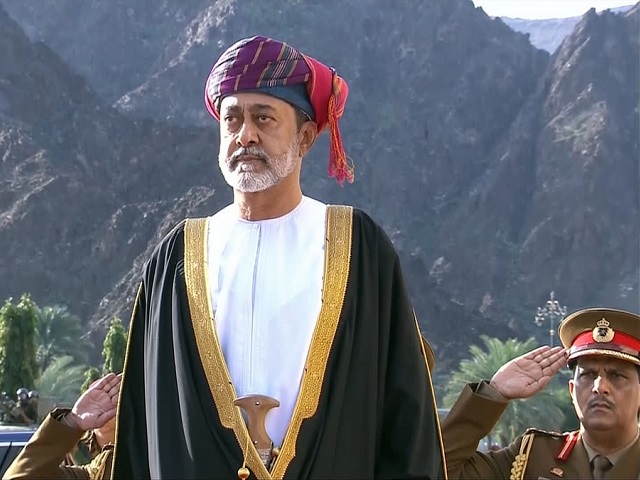 Haitham bin Tariq al-Said was sworn in as the new Sultan of Oman on January 11, 2020 after the death of long-time ruler Qaboos bin Said Al Said.

Late Sultan Qaboos bin Saeed had ruled Oman since 1970 as the 8th Sultan of the House of Al Said. He was the Arab world's longest-serving ruler. He passed away on January 10 due to prolonged illness at the age of 79 years.

The new Sultan of Oman, Haitham bin Tariq, is the cousin of the late Sultan. The late sultan had himself chosen Haitham Bin Tareq Al Saeed as his successor, as the Sultan had no children.

Role of Sultan in Oman

The Sultan of Oman is the highest decision-maker and holds the parallel position of the Prime Minister, Defence Minister, Finance Minister, Foreign Affairs Minister and the Supreme Commander of the Armed Forces.

How is the Sultan of Oman chosen?

The ruling family of Oman is given the responsibility of choosing the successor if there is no publicly designated successor. The sultan can also leave the name of his choice of successor in a sealed envelope. The envelope is only to be opened if the family council is unable to decide on a name.

The ruling family of Oman had convened on January 10 after the sultan’s death to discuss the matter and had decided to go with Sultan Qaboos’s choice. The late Sultan had left his choice of successor in a sealed envelope.

According to the constitution of Oman, the Sultan should be a member of the royal family. He should also be mature, rational and the legitimate son of Omani Muslim parents.

Who is Haitham bin Tariq al-Said?

Born in 1954, Sultan Haitham Bin Tariq is a 1979 graduate of the Oxford University Foreign Service Programme. He was the Minister of Heritage and Culture minister of Oman since mid-1990s.

He had previously also held several positions in the Foreign Affairs Ministry such as undersecretary for political affairs from 1986-1994 and as the secretary-general of the Ministry from 1994 to 2000.

He was appointed as the Chairman of Oman’s development committee in 2013. The committee was formed with the future vision of ‘Oman 2040’.

He had also served as a special envoy to the late Sultan on different occasions. He was also the honorary president of the Oman Association for the Disabled.

Oman’s Deputy Prime Minister Asad bin Tariq al-Said was reported to be the next sultan of Oman, as it was widely believed that the late Sultan had written his name in the sealed envelope.

Asad had been Qaboos’s special representative, as he had made several public appearances on behalf of the sultan and fulfilled all his engagements abroad.