Haryana and Punjab MLAs jointly convened for a special assembly session for the first time after the creation of Haryana in 1966.

In a historic first, Punjab and Haryana MLAs came together for a special assembly session in Chandigarh on November 6, 2019 to mark the 550th birth anniversary of Guru Nanak Dev.

The MLAs from both states sat together for an assembly session for the first time since 1966, when Haryana was carved out of Punjab. The Haryana legislators attended the special session at the invitation of the Punjab Assembly Speaker Rana K P Singh.

The two states hold their respective assemblies in the same complex. The Haryana MLAs attended the Punjab Assembly after the culmination of their own 3-day assembly session.

Also read: Kalapani territorial dispute: All you need to know 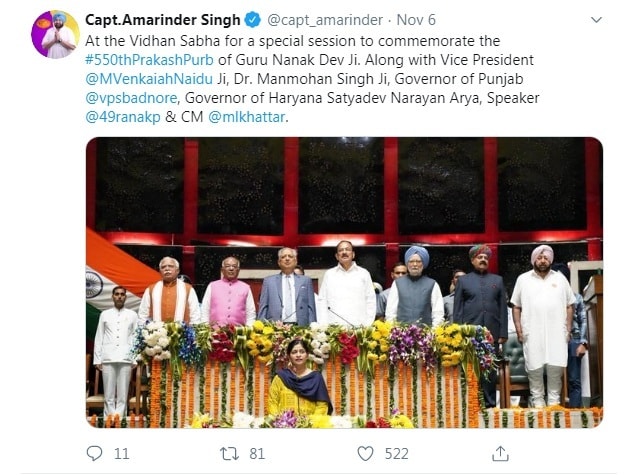 Haryana's Leader of Opposition, Bhupinder Singh Hooda, arrived at the session shortly after it began.

Punjab Speaker Rana K P Singh, in his assembly address, said that it was a good fortune to celebrate the occasion of Guru Nanak Dev’s 550th birth anniversary together.

Rana K P Singh briefly touched upon the life of the late Sikh Guru and his teachings and expressed hope that the inauguration of the Kartarpur corridor would pave way for better bilateral ties between India and Pakistan.

Punjab CM Amarinder Singh called upon to work for the protection of nature, to save the future generations from devastating effects of environmental pollution. He also recalled a verse from Guru Nanak’s teachings to highlight the essential bond between humans and nature. 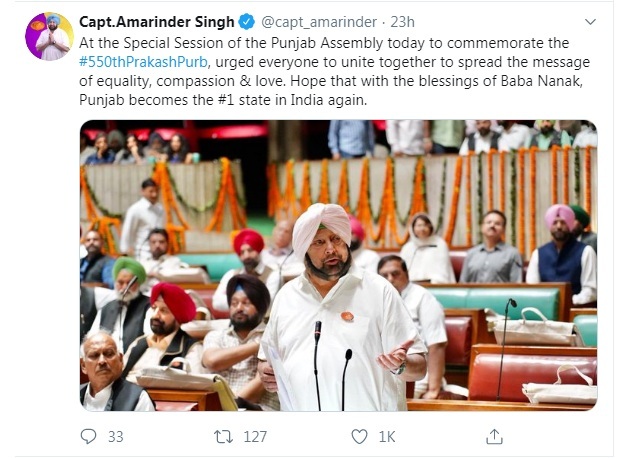 Further, referring to the joint special assembly between the Punjab and Haryana legislators, the Punjab CM stated that the love that was seen between the members during the assembly should be continued forever.

The Janata Party had won the maximum number of seats (75) in the assembly during the 1977 state elections.

The 2019 Haryana assembly elections were conducted to form the 14th Vidhan Sabha. The BJP staked claim to form government in the state with the support of a newly-formed party Jannayak Janta Party under Dushyant Chautala. The JJP has emerged from a split in the Indian National Lok Dal.