Kalapani Territorial Dispute: Kalapani is shown as a part of India in the new political map of India but Nepal government claims it to be an integral part of its territory.

Kalapani Territorial Dispute: Kalapani has become an issue of contention between India and Nepal after the Nepal government raised objections to its inclusion in India's new political map. The Nepal government claimed that the Kalapani territory located in its far-west is an integral part of its region.

The Nepal government made the claim on November 6, 2019, few days after India issued its new political map, which showed Kalapani as a part of its own territory.

India had released its new political map depicting the newly created Union Territories of Jammu & Kashmir and Ladakh on November 2, 2019, a day after they came into existence. 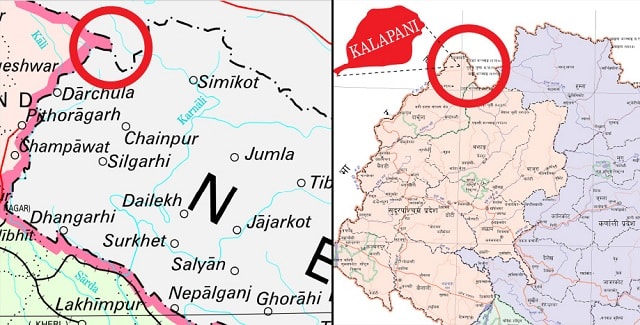 The new political map also shows the Kalapani area as a part of India but the Nepal government is clear that the area lies within its territory. Nepal stated that it was the media reports which brought its attention to the fact that Kalapani has been included in the new Indian map.

Nepal’s statement on inclusion of Kalapani in India

Nepal’s Foreign Ministry said in a statement that during foreign secretary-level joint meetings, the responsibility of resolving border disputes between India and Nepal were assigned to the foreign secretaries of both the countries in consultation with the concerned technicians.

The ministry further stated that all the outstanding border issues between the two nations need to be resolved mutually and any unilateral move was unacceptable to the Nepal Government.

Nepal’s foreign ministry stated that the Nepal government was committed to protect its international border and any border-related issue of two friendly countries needs to be resolved through the diplomatic channel, based on historical documents and evidence.

Kalapani territory: All you need to know!

Kalapani territory is a disputed territory between India and Nepal. While Nepal claims Kalapani to be a part of its Darchula district, the region is administered in India as a part of Pithoragarh district in Uttarakhand.

Kalapani is located at an altitude of 3600m on the Kailash Manasarovar route. It borders Uttarakhand in India and Sudurpashchim Pradesh in Nepal.

Since the Indo-China war of 1962, Kalapani is controlled by India's Indo-Tibetan Border Police. Nepal claims that the river located towards the west of the territory is the main Kali river and thus it falls in its territory, India claims a ridgeline towards the east of the Kalapani territory and hence, includes it in the Indian Union.

Under the treaty of Sugauli signed between Nepal and the British East India Company in 1816, the Kali River was located as Nepal's western boundary with India. It, however, made no mention of a ridgeline and subsequent maps of the areas drawn by British surveyors showed the source of the Kali river at different places.

This discrepancy has led to the boundary disputes between India and Nepal, with each country producing maps including the territory in their own area to support their claims. The exact size of the Kalapani territory also varies in different sources.