How dare you? You have stolen my dreams, my childhood: Greta Thunberg to world leaders at UN Climate summit

Greta Thunberg speech:  “You are failing us! This is all wrong! I shouldn't be up here; I should be back in school on the other side of the ocean,” the young activist said sharply in her message to the world leaders. 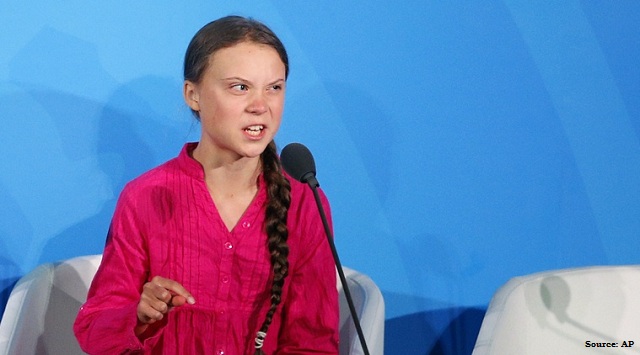 Greta Thunberg speech: Climate activist Greta Thunberg blasted off the world leaders during the 2019 UN climate action summit in New York for failing to address climate change and doing nothing while ecosystems are collapsing around the world.

“We will be watching you,” the young activist said sharply in her opening address to the world leaders attending the UN climate change summit. She continued by saying, “You are failing us! This is all wrong! I shouldn't be up here; I should be back in school on the other side of the ocean. Yet you all come to us young people for hope, how dare you!”

“You have stolen my dreams, my childhood with your empty words and yet I am one of the lucky ones,” said Greta while almost shaking in anger and sadness. 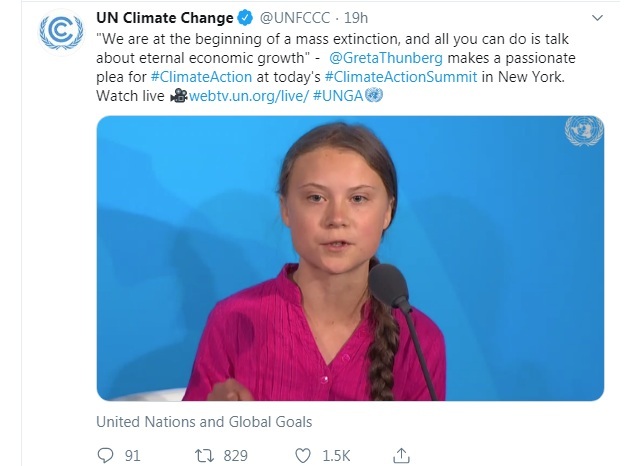 While Greta Thunberg was tearful and ranging with anger when she spoke at the UN Climate Summit, one particular world leader, US President Donald Trump found her to be a "happy young girl". Trump mockingly tweeted saying, "She seems like a very happy young girl looking forward to a bright and wonderful future. So nice to see!"

1. People are suffering, people are dying and the entire ecosystems are collapsing. We are at the beginning of mass extinction and all you can talk about is money and fairytales of eternal economic growth. How dare you!

2. For more than 30 years, science has been crystal clear. How dare you continue to look away and come here saying that you are doing enough when the politics and solutions needed are still nowhere in sight.

3. You say you hear us and that you understand the urgency but no matter how sad or angry I am, I do not want to believe that because if you really understood the situation and still kept on failing to act then you would be evil that I refused to believe.

4. The popular idea of cutting our missions in half in ten years only gives us a 50 percent chance of staying below 1.5 degrees and there is a risk of setting off irreversible chain reactions beyond human control.

5.  50 percent may be acceptable to you but those numbers do not include tipping points, most feedback loops, additional warming hidden by the toxic air pollution or the aspects of equity and climate justice. They also rely on my generation for sucking 100s, billions and tons of your CO2 out of the air with technologies that barely exist. So, a 50 percent risk is simply not acceptable to us, we who have to live with the consequences. How dare you pretend that this can be solved with just business as usual and some technical solutions?

6. With today's emissions levels that remain in Co2 budgets will be entirely gone within less than 8 and half years. There will not be any solutions or plans presented in line with these figures here today because these numbers are too uncomfortable and you are still not mature enough to tell it like it is.

Greta Thunberg in her 6-minute strongly-worded speech accused the world leaders of failing the young generation and said that the young people are starting to understand their betrayal.

While concluding, Thunberg warned, “The eyes of all future generations are upon you and if you chose to fail us, I say, will never forgive you. We will not let you get away with this. Right here right now is where we draw the line. The world is waking up and change is coming whether you like it or not.”

Who is Greta Thunberg?

Greta Thunberg is a Swedish environmental activist who is focused on the risks posed by climate change.

In August 2018, a 15-year-old Greta Thunberg took time off school to protest outside the Swedish parliament, calling for stronger climate action. Following her, many students organized similar protests in their communities. She organizes a school climate strike movement every week under the name ‘Fridays for Future’.

Greta Thunberg was invited to address the 2018 United Nations Climate Change Conference, following which there were student strikes every week somewhere in the world.

Greta Thunberg in all her speeches has urged world leaders to take immediate action to address the “climate crisis”. She has managed to galvanise a new wave of climate change activism.

Thunberg was featured on the cover of Time magazine in May 2019 with the headline that read – “next-generation leader”.  Thunberg’s UN Climate action speech came just days after millions of young people took to the streets to demand emergency action on climate change.