India vs Australia Live Streaming: Where and how to watch ICC World Cup 2019 match live? 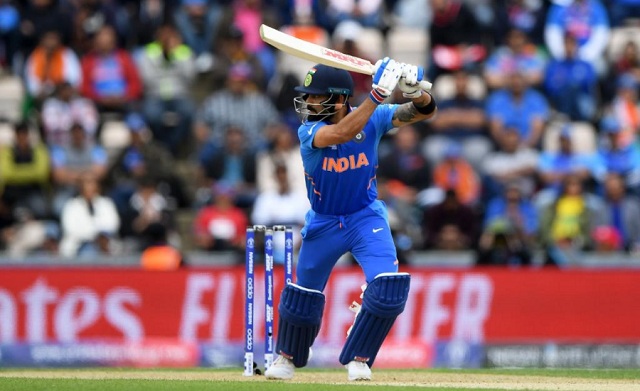 India vs Australia Live Streaming: Where and how to watch ICC World Cup 2019 match live?

India vs Australia, ICC World Cup 2019: India is all set for its huge face-off against Australia at the Oval today. While Team India is riding high on its first world cup success with a win over South Africa in its world cup opening match, Australia is standing tall with two straight wins. The defending champions look formidable with their former captain Steve Smith and former vice-captain David Warner back in the squad.

Where to watch India vs Australia Live?

The India vs Australia 2019 ICC World Cup match will be officially broadcasted on the Star Sports network. The match will be played at the Oval in London. It will begin at 3pm IST.

Match Venue: The match will be played at the Oval in London.

India vs Australia clash is expected to be as even as it can get, as though India is ranked second on the ICC ODI Team rankings, Australia, which had a tough last year, has come back with a banging form.

Team India are, however, heading into the match as the favourites. Bowlers are expected to have a huge role to play at the Oval, and the Indian bowlers are definitely geared up with their attack in top form. Though Australia also has good attack, India has done well in the past against their bowlers.

India may to look to add an extra pacer - Mohammad Shami to the attack,  because the pitch at the Oval offers extra pace and bounce.

Overall, the two teams have a fair chance at winning the match,  as they both have a head-tohead history from their earlier games this year, when India defeated Australia in Australia and Australia defeated India in India.

The key aspects that will decide the winner would be early wickets and a stable top order.