India’s second space mission to moon, ‘Chandrayaan-II’, will take place in 2018, most likely in the first quarter of the year. This was shared by Atomic Energy and Space Minister Jitendra Singh while addressing the inaugural session of the 38th Asian Conference on Remote Sensing at New Delhi. 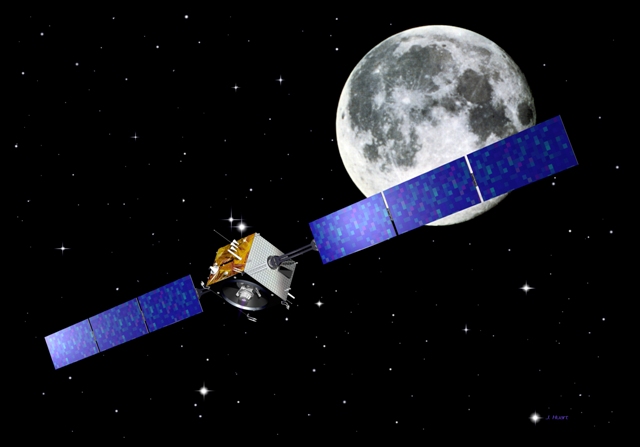 Dr Jitendra Singh, the Union Minister of State (IC) for Atomic Energy and Space announced on 23 October 2017 that India’s second space mission to moon, ‘Chandrayaan-II’, will take place in 2018, most likely in the first quarter of the year.

The Minister announced this while addressing the inaugural session of the 38th Asian Conference on Remote Sensing at New Delhi. Singh said that India has emerged as the world's frontline nation in the field of Space Technology and this in itself is a glorious vindication of the dream seen by the founding fathers of India’s Space Programme, like Vikram Sarabhai and Satish Dhawan.

Recalling India’s achievements in space technology, Singh said it was during the last three years that India could launch a South Asian Satellite that would also provide inputs and benefits to the neighbouring countries.

On the occasion, Chairman of ISRO, Kiran Kumar, who was the Guest of Honour at the conference, spoke about the various achievements of India’s Space capability in the field of Disaster Management.

About the 38th Asian Conference on Remote Sensing

• The main theme of the conference is Space Applications: Touching Human Lives.

• The conference aims to bring together students, researchers, scientists, engineers, policy makers and professionals from developed/ developing countries in and around Asia to share insights into the challenges and opportunities of Remote Sensing and related geospatial technologies in building resiliency and encouraging inclusive economic growth in Asia.

• It also aims to provide a platform for international engagement to ensure that knowledge is generated in partnership with society.

• At the inaugural event, awards were presented to outstanding Space scientists under different categories.

• The 5-day conference is expected to be attended by over 500 eminent foreign delegates and some of the world’s most distinguished faculty in the field of Space Science.

• The spacecraft was orbiting around the Moon at a height of 100 km from the lunar surface for chemical, mineralogical and photo-geologic mapping of the Moon.

• After the successful completion of all major mission objectives, the spacecraft’s orbit was raised to 200 km in May 2009.

• The satellite made more than 3400 orbits around the moon and the mission was concluded on 29 August 2009 when Chandrayaan-1 lost communication with the Earth.