Social network giant Facebook acquired Instagram in 2012 for USD 1 billion, when the photo-sharing site was used by around 30 million people. Since then, Instagram's reach has advanced with more than one billion users and has been widely considered as one of Facebook's most successful acquisitions.

Kevin Systrom and Mike Krieger, the co-founders of the photo-sharing app Instagram, on September 24, 2018 announced to resign from their respective positions in the social media company.

Mike Krieger is the Chief Technical Officer, while Kevin Systrom is the Chief Executive Officer. They founded the photo-sharing app in 2010 and sold it to Facebook in 2012 for about USD 1 billion.

Though they did not mention the reason to leave the company, however, revealed their plan to take time off to explore their creativity again.

Systrom and Krieger have known each other since 2010, when they met and transformed a software project built by Systrom into what eventually became Instagram. Instagram has seen explosive growth since its founding, with an estimated 1 billion monthly users and 2 million advertisers.

What does the resignation entail for parent company Facebook? 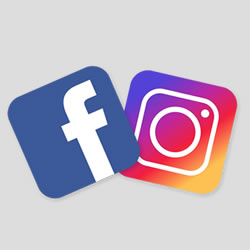 Social network giant Facebook acquired Instagram in 2012 for USD 1 billion, when the photo-sharing site was used by around 30 million people. Since then, Instagram's reach has advanced with more than one billion users and has been widely considered as one of Facebook's most successful acquisitions.

The resignation comes at a time when Instagram's parent company Facebook faces unrelenting challenges in its 14-year history.

For about past two years, Facebook has been rebuked for being careless with user data and for not preventing foreign interference across its network of more than two billion people. These issues have impacted Facebook's business as the growth in its digital advertising sales and in the number of its users had slowed down.

• Instagram was founded in 2010 as a location check-in app called ‘Burbn’, a software project built by Systrom.

• Mike Krieger, an enthusiastic user of Burbn, met Systrom at a Stanford University fellowship program and they decided to work together.

• Eventually, Burbn was reconfigured and renamed as the Instagram.

• Systrom and Krieger worked to popularise Instagram through photo filters and camera lenses. The duo worked out of a small office in the San Francisco.

• Facebook purchased Instagram for USD 1 billion in cash and stock. It was Facebook's biggest acquisition till date.

• The deal immediately turned Systrom and Krieger into big millionaires.