Instant Triple Talaq Controversy: What & Why

As the five-judge constitutional bench of the Supreme Court pronounced that the practice of instantaneous triple talaq as unconstitutional, we are providing all the details related to the issue covering aspects like - what is triple talaq and stance of the government and Muslim Personal Law Board on the issue.

As the five-judge constitutional bench of the Supreme Court pronounced that the practice of instantaneous triple talaq as unconstitutional, we are providing all the details related to the issue covering aspects like - what is triple talaq and stance of the government and Muslim Personal Law Board on the issue. The bench was formed by the apex court while hearing seven petitions relating to the issue of triple talaq with the lead petition titled as 'Quest for Equality Vs Jamiat Ulama-i-Hind'.

The bench concluded the hearings on 17 May 2017 and reserved the verdict on the issue.

What is triple talaq and Why it has become controversial?

• The term talaq derives from an Arabic verse which means 'freeing or undoing the knot' that refers to a divorce. The message from Sharia leans more toward safeguarding marriage than dissolving it abruptly.

• As per the Sharia, a talaq (divorce) is a two way process. Man can pronounce talaq to women and women can also seek talaq from husband, which is called as khulla. 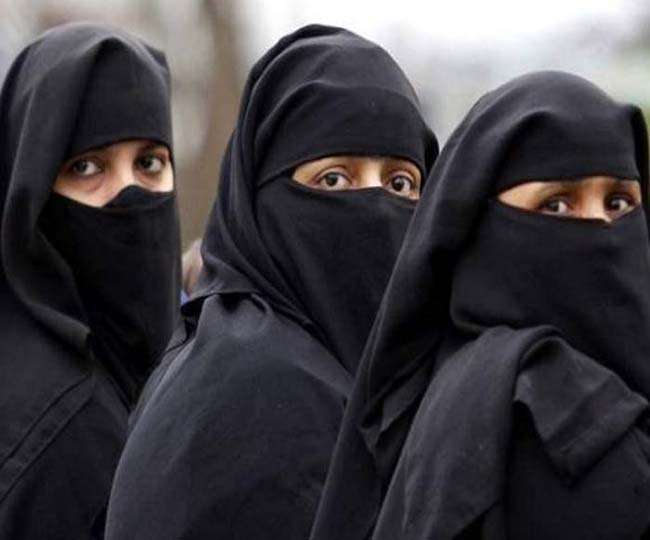 • Triple Talaq: It is called as triple talaq, as a “Divorce, accompanied by a number expressly or implied, shall count only as a single divorce and such a divorce is revocable except when three talaqs are given, one in each menstrual cycle.”

• In simple words, to give divorce, the husband must say the phrase "I divorce you" (in Arabic, talaq) to his wife, three times over a period of three consecutive months. The idea behind prescribing the course of the three month period for the three month period is to check decisions based on impulse and give time for reconciliation.

• Instant Triple Talaq: During the time of Prophet Mohammed, talaq was given in a staggered manner as prescribed and more importantly, it was allowed only when living together has become impossible.

• However, the tradition of triple talaq being pronounced at a single instance came to be accepted under special circumstances during the time of the second Caliph of Islam - Umar ibn Al-Khattab. Over the years, the practise has been institutionalized.

• Triple Talaq Controversy: The practise of instant triple talaq has become controversial in recent decades, as it has been misused by married men to ‘get rid of’ of one’s wife even for petty reasons. Sometimes, it has also been found that, modern means of communications such as text messages and emails were used to divorce by husbands.

• This kind of triple talaq in an impulsive manner and without giving a chance for the reconciliation has raised concerns in the community and led to litigations in various courts across the country.

• In various instances, the judiciary has been sympathetic towards suffering Muslim women and more recently, in December 2016, the Allahabad High Court declared the instantaneous triple talaq as unconstitutional.

• In 2002, in the Shamim Ara Vs State of UP case, the Supreme Court placed explicit measures to check the practise of instant triple talaq by laying the down test of “reasonable cause” and “prior reconciliation”.

• In the present instance, the apex-court asked the Union Government, the All India Muslim Personal Law Board (AIMPLB), the amicus curiae Salman Kurshid and the other petitioners to spell their stand on the issue.

Government’s stance on the issue

• In a written submission to the court in April 2017, the Union Government spelt out its stand on the issue in the following way.

• The instant triple talaq is a social practise (not a religious practise) and, hence, not protected under the Article 25 of the Constitution, which grants religious freedom to the citizens of the country.

• Gender equality and the dignity of women are overarching constitutional values and there is no compromise on this.

• The practices of instant triple talaq, nikah halala and polygamy (all are viewed as social practices only) impact the social status and dignity of Muslim women. And, they render them unequal and vulnerable vis-à-vis men in their own community, women from other communities and Muslim women outside India.

• Though only a few women are directly affected by these practices, the fact is that every woman lives under constant fear of these practices and in turn impacts her status, her choices, her conduct and her right to a life with dignity as granted by the Article 21 of the Constitution.

• In a nutshell, the Government explicitly communicated its stance against instant triple talaq, nikah halala (remarrying a divorced husband without an intervening marriage with another man) and polygamy and prayed for the quashing these pernicious practices.

• This stance is in tune with the Prime Minister Narendra Modi-headed NDA Government’s explicit stance against the practise since October 2016 and the following consultations with the stakeholders on the issue.

AIMPLB’s viewpoint on the Issue

• In Ocobter 2016, the All India Muslim Personal Law Board (AIMPLB) declared its intention to boycott the stakeholder engagement questionnaire on the uniform civil code (UCC) released by the Law Commission of India.

• In the questionnaire, the Commission sought the public opinion on the practise of triple talaq including its abolition in toto and retaining with suitable amendments.

• The board spelt out its opposition to any proposed changes in Muslim personal laws and the apex court’s involvement in the issue had been viewed as a judicial overreach into the matter of religion, which is based on faith and historical practise. However, the board was open for the amendments to personal law through legislature.

• The AIMPLB further argued that Art 372 (which allows for continuous enforcement of laws that are in force before the commencement of the constitution) as a protecting shield for the Muslim personal laws that allow the historical practise of triple talaq.

• However, in a submission made by the Board to the apex court in early May 2017, it seems that there change in the stance of the board.

• In the affidavit, the AIMPLB had said that those who pronounce three talaqs at one go would face social boycott and an advisory would be issued to the Qazis that they should tell the grooms that they would not resort to such a form of divorce. The qazi will further advise the bridegroom and the bride to incorporate a condition in Nikahnama (marriage contract) to exclude resorting to pronouncement of three talaqs’ at one go.

In order to resolve the differences amicably, the board suggested the following three step process.

Step 1: If the couple has differences they should first try to mutually resolve the issues by keeping in mind the provisions of the Shariat and try to overlook the mistakes of others.

Step 2: If the dispute is not resolved mutually and no desired results are achieved, then there may be a "temporary withdrawal".

Step 3: In case of failure of the first two steps, then senior members of both families should try to reconcile or one arbitrator may be appointed from each side for resolution of the differences.

If the dispute still remained unresolved, the husband may pronounce one divorce during the period of purity of his wife and leave his wife till the time her waiting period (iddat) ended.

The above three step process was suggested by the AIMPLB to strike a balance between the provisions of Sharia Law and the broader tradition of Islam which respects equality between men and  women.

Salman Kurshid’s opinion on the Issue

• The amicus curiae (Advisor to the Court) Salman Kurshid submitted the following view points to the court.

• Islam recognised both men and women as equal and as a result, both husband and wife are held equally responsible for the acts.

• The controversial Islamic divorce system cannot be justified whatsoever. And the practice cannot be validated constitutionally.

• The All India Muslim Personal Law Board (AIMPLB) is the best body to guide the court on the varying philosophies of schools of Islam about instant triple talaq.

• He differed with AIMPLB which has contended that though sinful and undesirable triple talaq was a matter of faith for Muslims.

• Kurshid suggested that the court should harmonise different views on the issue so that it becomes acceptable for all the stakeholders.

What is the situation abroad?

Many Islmaic countries either totally banned the practise or reformed it by inserting certain provisions like arbitration. For instance, Pakistan abolished the instant triple talaq after recommendations by a 7-member commission on marriage and family laws in 1956 and stipulated that the husband must pronounce talaq in three successive menstrual cycles. This order was based on Egypt model.

In Indonesia, every divorce can only be executed by a court decision. An agreement to divorce between the husband and wife will not be constituted as a divorce unless it is authorized by a court.

Similarly, Muslim majority countries like Iraq, Turkey, Tunisia and Bangladesh made suitable amendments to the divorce process to minimize the sufferings of women.

The preamble of the Constitution explicitly states that India is a secular and democratic country. No doubt, a plural society like India has to face lots of pulls and pressures and difficulties in maintaining a proper balance between religious freedom based on the faith and securing democratic rights to its citizens.

It is high time the political and administrative institutions and the civil society at large come together to find a meaningful solution to the instant triple talaq problem so that Muslim women will achieve more social and economic progress in the future.