Israel attack: In the last 27 hours, almost 220 rockets have been fired from Gaza into Israel.

Israel under attack: Israel was attacked with over 200 rockets from militants in the Gaza strip on November 12, 2019. The rocket barrage came after Israel confirmed the killing of top Islamic Jihad leader, Bahaa Abu al-Ata in an air raid at his home in Gaza city.

Israel’s Defense Force tweeted on November 12 announcing that they had successfully targeted and eliminated Islamic Jihad commander in Gaza, Baha Abu Al Ata. According to IDF, Al Ata had a direct hand in the hundreds of terror attacks carried out against Israeli soldiers and civilians.

In retaliation, the militants in Gaza strip rained rockets on Israel, targeting cities, busy highways, civilian homes and factories. The rocket fire forced almost a million Israelis to seek refuge in bomb shelters. All schools and workplaces in southern and central of Israel were shut. 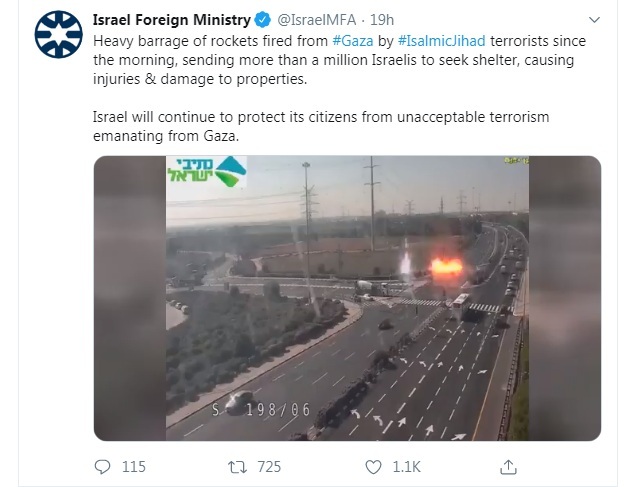 In the last 27 hours, almost 220 rockets have been fired from Gaza into Israel. Israel claims to have intercepted at least 80-90 percent of the rockets using its Iron Dome technology. Dozens of red alert sirens have been sounded in several cities of southern and central Israel.

According to Israel’s Defence Force, the rockets are being fired at Israeli towns and cities after almost every 7 and a half minutes. The rockets have been fired at Israel almost continuously since 5 am on November 12. 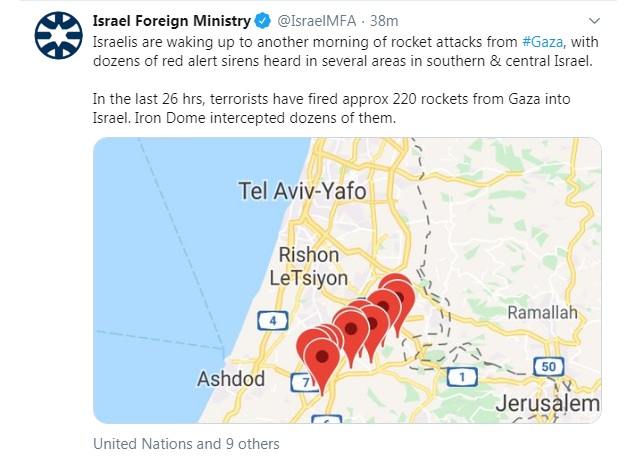 The Prime Minister of Israel Benjamin Netanyahu tweeted saying that Israel is not interested in escalation, but will do everything necessary to defend itself. He said that the retaliation requires patience and composure and the IDF must be allowed to do its work. 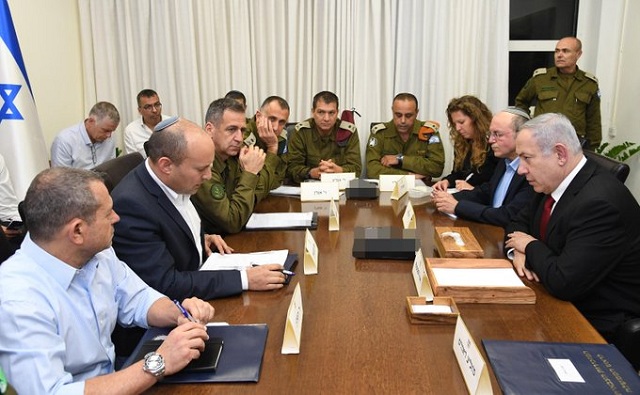 The Prime Minister strictly requested all the citizens of Israel to follow the instructions of IDF Home Front Command and not take unnecessary chances. Netanyahu reiterated saying that, “Whoever thinks that it is possible to hurt our citizens and evade our long arm – is mistaken. Whoever hurts us – we will hurt them.”

The Israel Defense Force retaliated to the rocket launches by targeting Islamic Jihad terrorists in Gaza. The IDF killed a some Islamic Jihads who were preparing to fire more rockets into Israel from the northern Gaza strip.

The IDF also targeted underground terror infrastructure and militant operation rooms and Islamic Jihad terror posts in Gaza strip. An IDF aircraft destroyed some rocket launchers in Gaza, which the militants were planning to use to destroy civilian homes in Israel.

The Israeli Air Force also reportedly struck the opening of an underground terror tunnel, which was used by the Islamic Jihad terrorists to target Israeli civilians.

Palestine, in an official statement, said that it wanted to draw the international community's attention to the escalation of military aggression by Israel against the people of Palestine, especially in the Gaza strip.

Palestine referred to Israel's retaliation as unlawful military aggression that risks the outbreak of a deadly cycle of violence, which would endanger the lives of millions of innocent civilians.

The Palestinian leadership condemned all acts of violence and incitement of terror against civilians and called Israel's attack on Gaza as a war crime and a deliberate attempt to cause death and injury to civilians in Gaza and a grave breach of international law.

Baha Abu al Alta: Who is he? 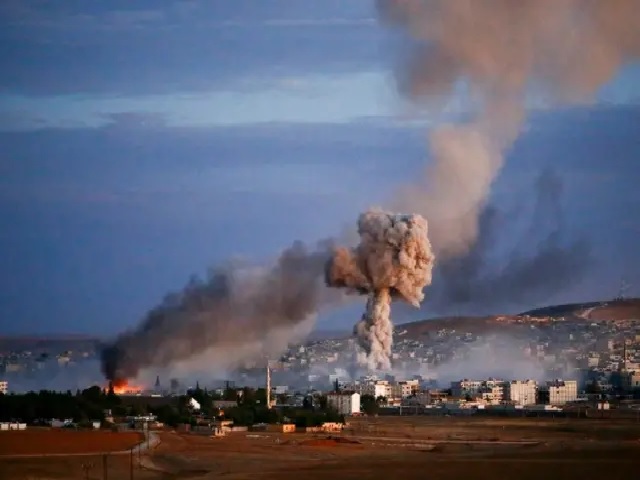 Baha Abu Al-Ata was the senior commander of the terrorist organization, Islamic Jihad. The terror group allegedly backed and funded by Iran, is held responsible for many deadly attacks against Israeli Civilians.

According to Israel, Baha Abu al Alta had led several terror attacks against Israeli civilians and was planning more such deadly attacks in the near future.

Israel claims that Baha Abu al Alta had planned to implement his next attack soon and this is why it had to take the necessary step to stop the attack.