The United States has withheld more than half of the 125 million dollars worth initial aid that it had planned to give to the United Nations Relief and Welfare Agency for the Palestinians. The move is expected to lead to devastating consequences for hundreds of thousands of vulnerable people. 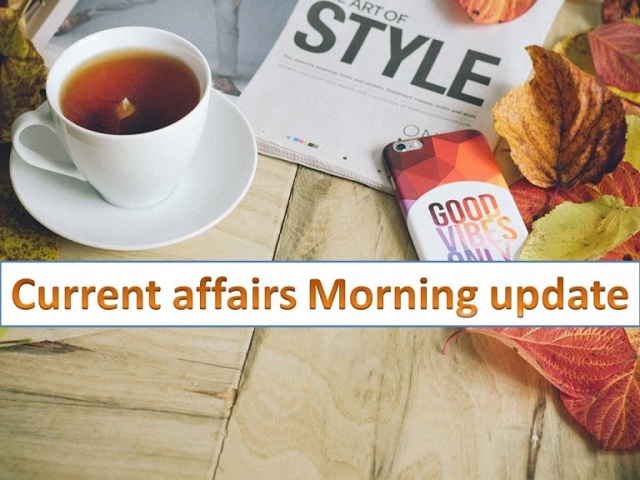 US withholds initial financial aid for Palestinians from UN agency

The United States has withheld more than half of the 125 million dollars worth initial aid that it had planned to give to the United Nations Relief and Welfare Agency for the Palestinians.

The State Department said it will hold back 65 million dollars from the UN Relief and Welfare Agency as the aid group needed to make unspecified reforms.

The move is expected to lead to devastating consequences for hundreds of thousands of vulnerable people. The UN relief agency mainly focuses on providing health care, education and social services to Palestinians in the West Bank, Gaza Strip, Jordan, Syria and Lebanon.

The move is in line with US President Donald Trump’s earlier warning that the US could cut aid if Palestinians rejected peace efforts with Israel.

India's largest IT services firm Tata Consultancy Services (TCS) on 16 January 2018 signed a deal worth over USD 690 million with M&G Prudential, the UK and European savings and investments business of Prudential plc.

The biennial search and rescue exercise by the ships and aircraft from the Indian and Japanese Coast Guards got underway on 16 January 2018.

The exercise, the eighth in the series of ‘National Maritime Search and Rescue Workshop and Exercise,’ will see participation from the ships and aircraft of Coast Guards from India and Japan, the Indian Navy and Air Force and National Institute of Ocean Technology (NIOT).

The two-day event will comprise a workshop on 16 January and search and rescue operations on 17 January in the Bay of Bengal. The rescue demonstrations by ships and aircraft will showcase India’s search and rescue capabilities and its commitment to the safety of life during distress at sea.

Observers from 27 maritime nations would witness the exercise, apart from representatives of the National Maritime Search and Rescue Board from central and state departments.

The Union Government has sanctioned projects worth over Rs10, 000 crore in the North East for better network connectivity.

The information was shared by Telecommunication Minister Manoj Sinha, who said that most of the projects will be completed this year. He added that two MoUs have been signed to cover the uncovered areas in the North East including Assam and Arunachal Pradesh.

Further, the Minister stated that more emphasis has been laid on upgrading the network connection in border areas. Assam IT Minister Keshab Mahanta said that the Centre would be sending two nodal officers to monitor the progress of the work.