National Education Day 2019: All you need to know

National Education Day is celebrated every year on November 11 in the country. It is celebrated on the birthday of Maulana Abul Kalam Azad, the first Education Minister of India. 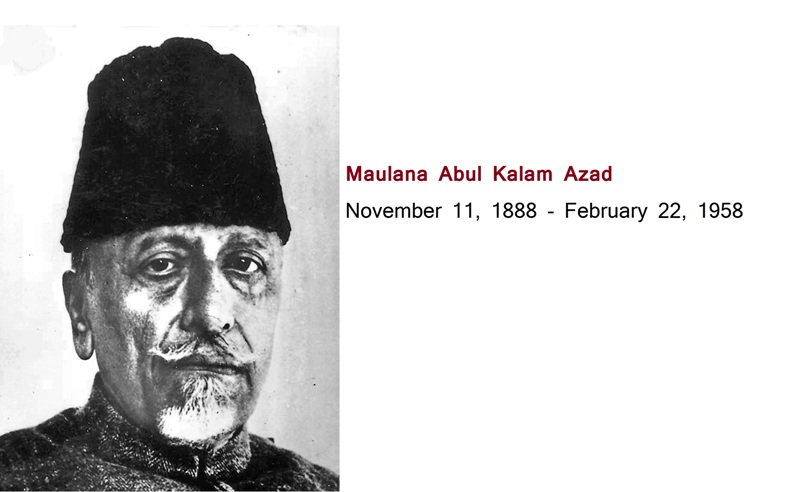 On this day, various programs and campaigns are organized to spread awareness about education and make every person literate. Ministry of Human Resource Development (MHRD) had decided on September 11, 2008, to celebrate November 11 as National Education Day every year.

Maulana Abul Kalam Azad became the first Education Minister of India and established the University Grants Commission (UGC) after India's independence. Maulana Azad was the youngest, at the age of 35, president of the Indian National Congress. Azad used to write poems in Urdu. People also know him as a warrior with a pen. He established higher educational institutions and worked for free education in the country.

• His complete name was - Maulana Sayyid Abul Kalam Ghulam Muhiyuddin Ahmed bin Khairuddin Al-Hussaini Azad.
• Initially, his father was his teacher but later he was educated at home by the famous teacher in his area.
• Azad learned Arabic and Persian and then studied philosophy, geometry, mathematics and algebra. He learned the English language, history of the world and politics by studying himself.
• He met two of Bengal's leading revolutionaries Arvind Ghosh and Shri Shyam Sundar Chakraborty and joined the revolutionary movement against British rule.
• Maulana Abul Kalam Azad set up secret revolutionary centres throughout North India and Bombay within two years.
• In 1912, Maulana Abul Kalam Azad started a weekly Urdu newspaper called 'Al-Hilal' to increase the feeling of patriotism among Muslims.
• Maulana Abul Kalam Azad served the country from 1947 to 1958 as the First Minister of Education in Pandit Jawaharlal Nehru's cabinet. He died due to a heart attack on 22 February 1958.

• He was awarded the Bharat Ratna in 1992 for his contribution as a freedom fighter and educationist.

• Abul Kalam Azad established University Grants Commission (UGC) on 28 December 1953.
• He had also established IISc and School of Architecture and Planning.
• The modern-day IITs were the brainchild of Mulana Abul Kalam.
• He founded the Sangeet Natak Akademi (1953), Sahitya Akademi (1954) and Lalit Kala Akademi (1954) to promote education and culture in the country.