National Milk Day 2019: All you need to know 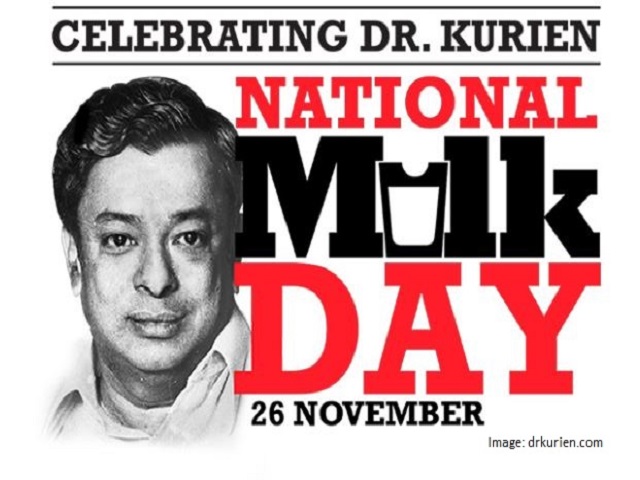 The Indian Dairy Association (IDA), in 2014, took the initiative to celebrate this day for the first time. World Milk Day is observed on 1 June every year by the United Nations. The first National Milk Day was celebrated on 26 November 2014 where various milk producers from 22 states participated.

Also Read | International Men’s Day 2019: Everything you need to know

• Verghese Kurien was born on 26 November 1921 in Kozhikode, Kerala.
• He was a well-known Indian social entrepreneur and is still famous for his ‘Operation Flood’ the world's largest agricultural development program.
• He is also known as the 'Father of the White Revolution' in India.
• He established 30 institutions which are run by various farmers and workers. Kurien played a key role in the establishment and success of the Amul brand.
• He was awarded the Ramon Magsaysay Award in 1963 and World Food Prize in 1989.
• He was awarded Padma Shri in the year 1965, the Padma Bhushan in the year 1966 and the Padma Vibhushan in 1999 by the Government of India.
• It is a well-known fact that India became the largest producer of milk in 1998, surpassing the US, all thanks to the strenuous efforts of Dr. Verghese Kurien.
• He passed away on September 9, 2012, at the age of 90.

Also Read | National Education Day 2019: All you need to know