National Surveillance Project: India- WHO to use polio surveillance network for COVID-19 response

National Surveillance Project: WHO Chief thanked Health Minister Dr. Harshvardhan for his leadership and collaboration with the World Health Organisation.

The WHO chief, in a series of tweets, announced, that the Union Health Ministry and the World Health Organization-South-East Asia have initiated a systematic engagement of WHO’s national polio surveillance network, and other field staff, for India’s COVID-19 response, tapping into the best practices and resources that helped India wins its war against polio.

Along with thanking India’s Health Minister for his leadership and collaboration efforts, Dr. Tedros Adhanom Ghebreyesus said that through these join efforts, we can defeat coronavirus and save lives. Together!

The Ministry of Health and Family Welfare and the World Health Organization have initiated a systematic engagement of WHO’s national polio surveillance network, and other field staff, for India’s COVID-19 response. This would help tap into the best practices and resources that had helped India defeat polio.

Speaking on the collaboration, Health Minister Dr. Harsh Vardhan said that time and again India and WHO together have shown their competence, ability and prowess to the whole world. He said that with their combined meticulous work, done with full dedication and sincerity, they had been able to get rid of polio. 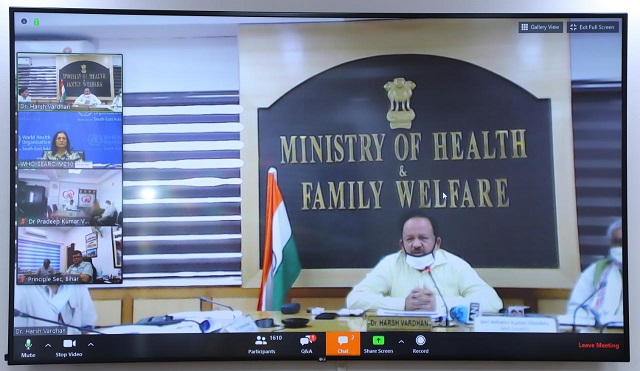 The Health Minister then called out to all the field staff-  IDSP, state rapid response teams and WHO- calling them ‘surveillance corona warriors”. He took the opportunity to remind them of their potential, ability and the big things they have done together and said with joint efforts, we can defeat coronavirus and save lives.

Dr. Harsh Vardhan along with WHO South-East Asia Regional Director Dr. Poonam Khetrapal Singh was addressing WHO and other field staff from over 1 000 sites across the country. Dr. Khetrapal Singh said on the occasion that the National Polio Surveillance Project (WHO-NPSP) has played a significant role in strengthening polio surveillance in the nation that has generated useful, timely and accurate data to guide policies, strategies and interventions until transmission of polio was interrupted. 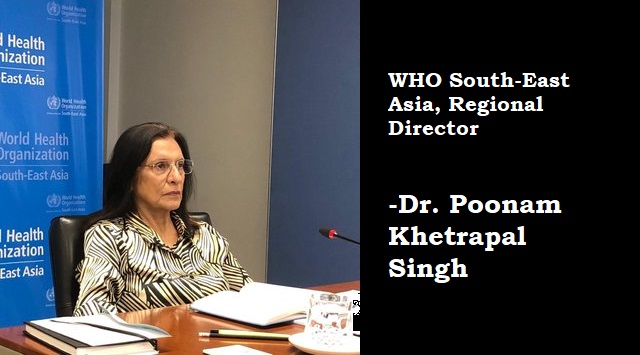 Dr. Singh added by saying that other WHO field staff involved with the elimination of TB and neglected tropical diseases and hypertension control initiative were also significant resources. She further said that it is time to use all our experience, knowledge and skills with the same discipline and rigour as done while monitoring polio activities and to support districts and state government with activities including surveillance, contact tracing and containment activities.

The WHO Regional Director stressed that in the battle against COIVID-19, we have entered a stage where surveillance will play a major role in making future strategies for containment.

The WHO field staff will continue to support in surveillance, immunization and elimination of TB and Neglected Tropical Diseases. The disease outbreaks can negatively impact progress in a range of areas including in maternal and child mortality, vaccine-preventable diseases and other treatable conditions. WHO Regional Director for South-East Asia stated that India had been making remarkable progress in these areas and we cannot afford for the progress to be set back or reversed.