National Technology Day is observed every year on May 11 to mark the anniversary of the successful test-firing of Shakti nuclear missile in Pokhran. The scientific achievements of the day prompted the then Prime Minister Atal Bihari Vajpayee to declare India as a nuclear state.

11 May: National Technology Day of India

The National Technology Day was observed across India on May 11, 2018 to commemorate the anniversary of Pokhran nuclear tests of 1998. The day also marks India's scientific prowess and technological advancements.

The day's celebration in India

• Every year the Union Ministry of Science and Technology celebrates National Technology Day on May 11.

• The day is considered as a symbol of pursuit for technological creativity, scientific inquiry and the conversion of that pursuit in the integration of society, industry and science.

• On the occasion, various events are organized in technical institutions as well as engineering colleges. Presentations, interactive sessions, quizzes, lectures and competitions are also held to mark the day.

• The President of India also presents National Technology Award on the day to individuals as well as companies for their immense contribution to science.

• Technology and science ministers also come forward to celebrate the day by organizing various kinds of events for the development of science in the country. 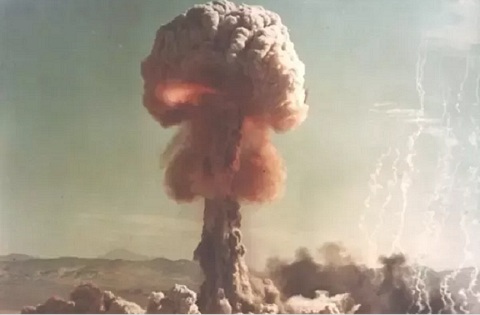 • The day is observed to mark the nuclear test that was held in Pokhran on May 11, 1998. The first nuclear test Pokhran with a code named as ‘Smiling Buddha’ was carried out in May, 1974.

• On May 11, 1998, India successfully test-fired nuclear missile Shakti-I at the Pokhran Test Range of Indian Army in Rajasthan in an operation administered by late president and aerospace engineer Dr. APJ Abdul Kalam.

• Overall, five nuclear tests were conducted with the detonation of two fission bombs and one fusion bomb on May 11 and two additional fission bombs on May 13.

• The move prompted the then Prime Minister Atal Bihari Vajpayee to declare India as a nuclear state.

• With this, India became the sixth country in the world to join the nuclear powered nation’s club and the first that was not a signatory to the Non-Proliferation of Nuclear Weapons Treaty (NPT).

• The Non-Proliferation of Nuclear Weapons is a landmark international treaty signed by nuclear-armed nations including the United States, the United Kingdom, Russia, France and China.

• The main objective of the treaty is to prevent the spread of nuclear weapons and weapons technology and promote cooperation in the peaceful uses of nuclear energy.

• The treaty also aims to achieve nuclear disarmament. It is the only binding commitment in a multilateral treaty to the goal of disarmament by the nuclear-weapon States.

• A total of 191 States have joined as signatories of the treaty besides the five nuclear-armed states. More countries have ratified the treaty than any other arms limitation and disarmament agreement.

• North Korea, which gave its assent to the treaty in 1985, never came into compliance and announced its withdrawal from the treaty in 2003, following detonation of nuclear weapons in violation of core obligations.

• Besides India, two other nations believed to possess nuclear weapons – Pakistan and Israel and now the third North Korea, are not signatories to the treaty.

• India conducted its first nuclear test in 1974 followed by others in 1998. Overall, India has enough fissile material to create more than 150 warheads.

• Despite this, India was among the few countries to have a no first use policy, which is a pledge to not use nuclear weapons unless first attacked by a country using nuclear weapons.

• Subsequently, however, India shifted from ‘no first use’ to ‘no first use against non-nuclear weapon states’.

• According to India, the NPT restricts the legal possession of nuclear weapons to those states that tested them before 1967 with properly explaining the grounds on which the distinction is valid.

• India considers the NPT as a flawed treaty and it does not recognize the need for a universal, non-discriminatory verification and treatment.