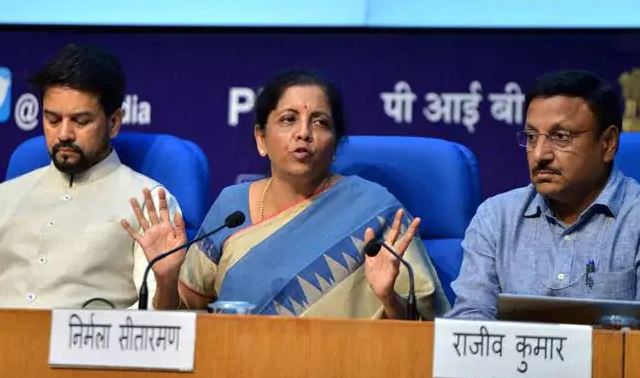 Finance Minister Nirmala Sitharaman addressed her second press conference on the economic slowdown. She has announced another mega consolidation plan to provide a boost to the economy. She talked about the merger of banks as well as reforms in the banking sector.

According to the Finance Minister, the NPA has come down. This has come down to 7.90 lakh crores earlier it was 8.65 cr. She has informed that the benefits of 14 public sector banks have been increased. Biggest announce was that now Oriental Bank of Commerce and United Bank of India will merge with Punjab National Bank. 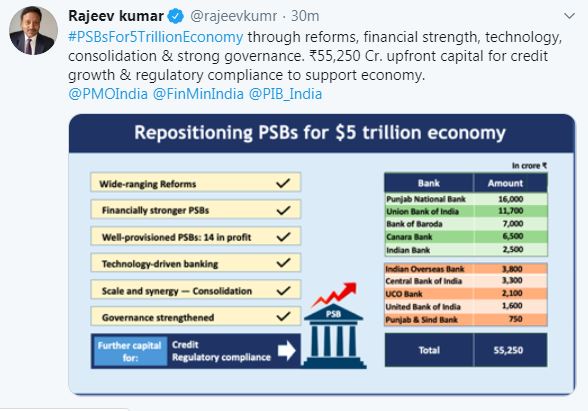 Other Announcements for Banking Sector

• FM Nirmala Sitharaman announced some other reforms in the banking sector. She said that the board committee of nationalised banks will appraise the performance of the General Manager and above-level employees.
• While speaking in a press conference, Nirmala Sitharaman said that the management committee loan sanction threshold has been enhanced to 100 percent.
• PSBs will recruit a chief risk offer from the market, at market-linked compensation.
• Large PSBs have also been given the flexibility to enhance the sitting fees of non-official directors on the board.

NPAs have come down

Finance Minister Nirmala Sitharaman announced that loan recovery is at a record high. She also said that gross NPAs have come down. She also said that selections for Banks Board Bureau are going to be professional, without any political interference.

Nirmala Sitharaman said that record levels of loan recovery have been reached due to the reforms implemented by the government. In FY19, there was a recovery of Rs 1.21 lakh crore compared with over Rs 77,000 crore in FY18, she said.

Finance Minister Nirmala Sitharaman gave estimate numbers for the amount of capital that will be infused in state-run banks.