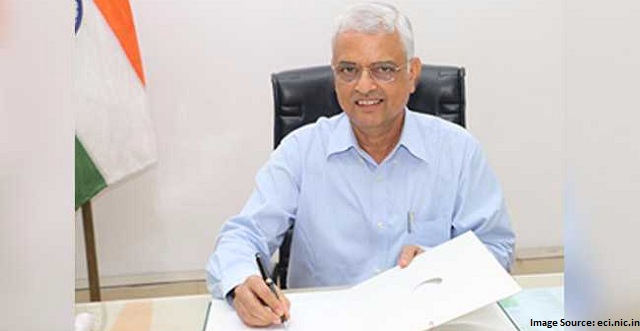 According to a notification by the Union Law Ministry, Rawat will assume the charge of office of the Chief Election Commissioner with effect from 23rd January 2018. He would be succeeding outgoing CEC Achal Kumar Joti, who retires on 22nd January.

The appointment was made by President of India, Ram Nath Kovind. Besides this, the President also appointed retired IAS officer Ashok Lavasa as the Election Commissioner with effect from the date he assumes the office, to fill up the vacancy that would have arisen in the three-member panel after Joti's retirement

The third member of the top election body is election commissioner Sunil Arora.

• He has held several key portfolios at both Central and state level.

• He has served as the Secretary in the Department of Public Enterprises in the Ministry of Heavy Industries.

• Prior to that, he served as a Director in the Defence Ministry in 1993. During his tenure, he was sent to South Africa in 1994, as an UN election observer to oversee the nation’s first post-apartheid elections.

• He also previously served as the Principal Secretary to Babu Lal Gaur, the then chief minister of Madhya Pradesh between 2004 and 2006.

• He was appointed as the Union Public Enterprise Secretary by the Appointments Committee of the Cabinet (ACC) in March 2012. He retired from the post in December 2013.

• He was appointed to Election Commission in August 2015.

• As the newly-elected CEC, Rawat’s first task will be to oversee elections of the three North-eastern states-Tripura, Nagaland and Meghalaya along with Karnataka polls.

• He is also likely to oversee elections in Madhya Pradesh, Rajasthan and Chhattisgarh, depending on the election schedule.

Lavasa formerly served as the Finance Secretary in the Union Finance Ministry. Prior to that, he has held key posts with the Ministries of environment and forest, civil aviation, power, home, finance at the Centre and industries, tourism and public relations in Haryana.

• Rawat’s term will end in December 2018 and Sunil Arora, who would then be the senior-most commissioner in the Election Commission, is expected to take over as the head of the panel.

• Lavasa’s term would end in October 2022 and would be the CEC after Arora.

• All the Election Commissioners are appointed by the President.

• The usual term of an EC or CEC is six years or until they attain the age of 65 years, whichever is earlier.