Patrick Shanahan to replace James Mattis as US Defence Secretary

Patrick Shanahan will be taking over as the acting US Defence Secretary from January 1, 2019, replacing James Mattis, who announced his resignation recently. The announcement was made by US President Donald Trump through a tweet.

Patrick Shanahan to replace James Mattis as US Defence Secretary

Patrick Shanahan will be taking over as the acting US Defence Secretary from January 1, 2019, replacing James Mattis, who resigned abruptly recently. The announcement was made by US President Donald Trump through a tweet on December 23, 2018.

In his resignation letter, Mattis had offered to stay on for two months in order to facilitate a smooth transition. However, the President announced Shanahan, who is currently serving as the Deputy Secretary of Defense, as the replacement of Mattis two months earlier than planned. 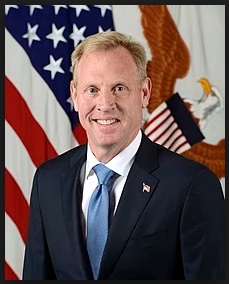 • Shanahan joined Boeing in 1986, becoming involved in Computer Services and the Boeing 777 program. He played a spearheading role in the recovery of Boeing's 787 programme.

• He served as the Vice President of Boeing Commercial Airplanes and General Manager of the Boeing 757 program, with responsibility for the design, production and profitability of the 757 family of planes. He also held leadership positions on the Boeing 767 program and in the fabrication division.

• He then served as the Vice President and General Manager for Boeing rotorcraft systems in Philadelphia. He was responsible for all US Army Aviation programs and site activities in Philadelphia and Mesa, Arizona.

• He also served as the vice president and general manager of the Boeing 787 Dreamliner program, where he led the program during a period of the aircraft's development from 2007 to 2008. He next served as the Senior Vice President of Airplane Programs at Boeing Commercial Airplanes, beginning in December 2008.

• In April 2016, he became Senior Vice President, Supply Chain & Operations, for Boeing. His responsibilities in that position included manufacturing operations and supplier management functions, carrying out advanced manufacturing technologies and global supply chain strategies. He was also a member of the Boeing Executive Council.

• In March 2017, President Trump announced his intent to nominate Shanahan as the 33rd Deputy Secretary of Defense, the Pentagon's second-highest civilian position. He received confirmation from the Senate in June 2017.

• Shanahan now is scheduled to assume the office on January 1, 2019.