The Prime Minister has announced Rs 2 lakh to the next of kin of those who have lost their lives in Cyclone Amphan. 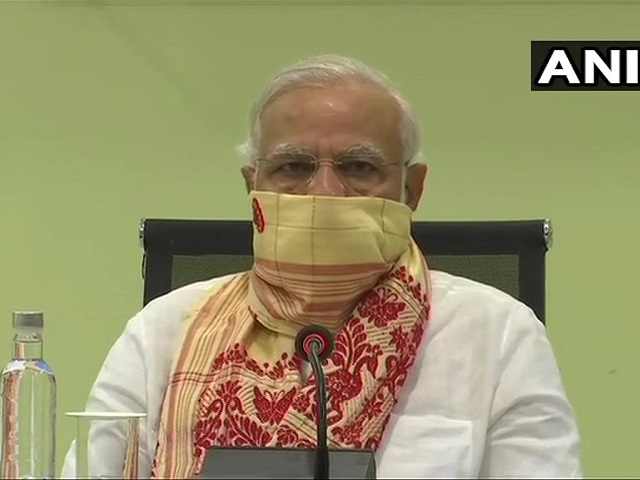 Prime Minister Narendra Modi visited the states of West Bengal and Odisha on May 22, 2020 to survey the damage and destruction caused by Cyclone Amphan. The Prime Minister first visited West Bengal and then later, Odisha to take stock of the situation in the wake of the severely devastating super cyclone.

•The Prime Minister recalled that in May 2019, while the country was busy with elections, the state of Odisha faced one of the worst cyclones. Now after a year, Cyclone Amphan has affected India's coastal areas. PM Modi said that the people of West Bengal have been worst affected by the cyclone.

•PM Modi reiterated the centre and state's support with the people affected by Cyclone Amphan and announced an allocation of  Rs 1000 crore for immediate assistance of West Bengal in the wake of the devastating cyclone. •The central government will also send a team to conduct a detailed survey about the damage caused due to the cyclone and the current situation of the affected areas.  PM Modi assured that all aspects regarding rehabilitation and reconstruction will be addressed.

•The Prime Minister highlighted that while containing coronavirus calls for social distancing, battling Cyclone Amphan required people to move to safe areas. Despite this, he pointed out that West Bengal has been fighting well.

•PM Modi later held a review meeting with senior officials and minister of the state in Bhubaneswar.

•PM Modi announced Rs 500 crore as relief aid for Odisha as an advance measure and assured that the centre will provide further help to the state in making the remaining arrangements to come out of this crisis, following the complete survey and formation of a rehabilitation plan.

Govt of India announces Rs 500 Crore for Odisha, as a measure in advance. Govt will further help Odisha govt and make rest of the arrangements to come out of this crisis, after the complete survey and the formation of a rehabilitation plan: PM Narendra Modi #CycloneAmphan pic.twitter.com/Zl6geN65qo

•While expressing condolences to the lives lost, the Prime Minister announced an ex-gratia of Rs 2 lakh to the next of kin of the deceased and Rs 50,000 to those who got seriously injured during the cyclone.

This is PM Narendra Modi's second visit to West Bengal in 2020. He had earlier visited the state on January 11-12 to take part in the 150th-anniversary celebrations of Kolkata Port Trust. He had then dedicated to the nation cultural heritage projects such as construction of a new museum at the Old Currency Building and a programme at Belur Math.

West Bengal Chief Minister Mamata Banerjee on May 21, 2020 announced funds worth Rs 1000 crore for the restoration work in areas affected by Cyclone Amphan. The deadly cyclone has killed 80 people so far in the state.

Cyclone Amphan made its landfall on May 20, 2020 and its high intensity continued till May 21, 2020 causing widespread damage and devastation in several parts of Bengal including capital city Kolkata and several parts of Odisha in India. The cyclonic storm damaged power and telecom infrastructure in various districts, damaged thousands of homes and uproots several trees and electric poles. Lakhs of people have been impacted by the cyclone in the two states.