PM Modi announced the release of Rs 2000 each to the bank accounts of more than 6 crore farmers. 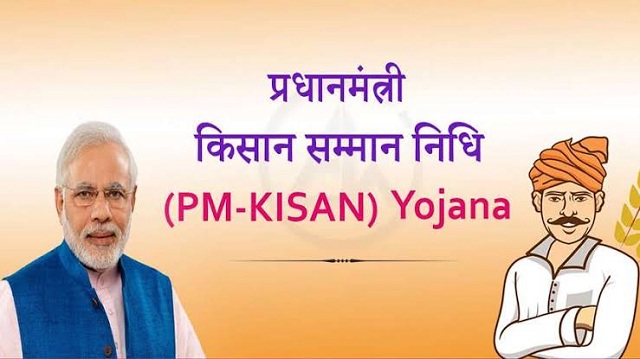 Prime Minister Narendra Modi announced the release of the 3rd installment of Pradhan Mantri Kisan Samman Nidhi (PM Kisan) worth 12,000 crore at a public meeting in Tumkur, Karnataka on January 2, 2019.

Under the third installment, PM Modi announced the release of Rs 2000 each to the bank accounts of more than 6 crore farmers. The amount has been released for the period between December 2019 and March 2020.

This was the last installment under Pradhan Mantri Kisan Samman Nidhi. The first installment worth Rs 2021 crore was released on the day the PM Kisan scheme was launched in February 2019, which benefited around 1 crore farmers. The second installment covered 4.74 crore small and marginal farmers.

• PM Modi disbursed Rs 2000 each directly into the bank accounts of over 6 crore small and marginal farmers in the country. This was the final installment under the PM-Kisan yojana, covering December 2019- March 2020 period.

• The Prime Minister also gave certificates to the beneficiaries under PM-KISAN from eight states and union territories.

• Over 12000 crores have been deposited under the 3rd tranche of the scheme.

• A toll-free number - 155261 – was also launched on the occasion by Union Agriculture Minister Narendra Singh Tomar for the beneficiaries of PM-Kisan yojana.

• The farmers will be able to check their payment status using the toll-free number. Besides this, a mobile app is being developed to ease the access of PM-Kisan portal facilities for the farmers.

While speaking on the occasion, PM Modi urged the states that haven't yet implemented the 'PM Kisan Samman Nidhi Yojana' to implement the scheme for the benefit of their farmers. The Prime Minister also requested the creation of a new category in the Krishi Karman Award for Nutri Cereals, Horticulture and Organic Agriculture to enable people and the states to do better work in the area.

What is PM-Kisan Yojana?

• PM-Kisan Yojana was launched to provide an assured income to the small and marginal farmers in the country.

• Under the scheme, the centre will provide income support of Rs 6000 per year to all the small and marginal farmers in the country with combined landholding or ownership of up to 2 hectares of cultivable land.

• PM Modi had announced that the income support would be released in 3 equal installments of Rs 2000 each, directly into the bank accounts of the beneficiary farmers to ensure transparency.

• Overall, the total expenditure incurred under the scheme includes around Rs 75000 crore. The entire amount will be borne by the Union Government in 2019-20.

• Implemented from December 2018, the scheme is expected to benefit a total of over 12 crore farmer families.

While launching the third installment of PM-Kisan, the Prime Minister also highlighted the government’s efforts to strengthen the fisheries sector in India. PM Modi stated that the government is working to encourage fisheries in villages by giving financial assistance to fishermen, modernizing fishing boats and constructing modern infrastructure related to fish trade and business.

The Prime Minister also announced that the fishermen have been linked to the Kisan Credit Card facility and new fishing harbors are being built in large rivers and the sea for the convenience of fish farmers.

The Union Government has earmarked a special fund worth Rs 7, 50,000 crores for the creation of the modern infrastructure.

The boats of the fishermen are also being modernized for deep-sea fishing and navigation devices are being installed in boats for the protection of fishermen with the help of ISRO.