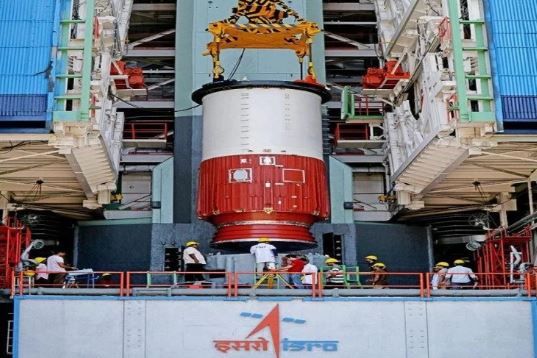 Launch was taken place from first launch pad and the 300 kg RISAT-2B was placed into an orbit of 555 km with an inclination of 37 degree to the equator. This is the fourth flight unit of the RISAT programme and it would be used for reconnaissance, strategic surveillance and disaster management.

•    Regular remote-sensing or optical imaging satellites work like a light-dependent camera that cannot perceive hidden or surreptitious objects in cloudy or dark conditions.
•    Satellites that are equipped with an active sensor, the synthetic aperture radar (SAR), can sense or ‘observe’ Earth in a special way from space day and night, rain or cloud.
•    A radar imaging satellite is complex to assemble. Interpreting its images is equally complex.
•    It will mark the resumption of a vital ring of Indian all-seeing radar imaging satellites after seven years.
•    It will add to the reconnaissance capability from about 500 km in space. A constellation of such space-based radars means a comprehensive vigil over the country.

The National Institution for Transforming India (NITI Aayog) proposed a Rs. 7500 crore plan to give a strong push to Artificial Intelligence in India. This fund will help to create a new cloud platform and to build new research institutes. NITI Aayog requested cabinet Government to invest Rs. 7,500 crore initially over a three year period and set up a high level task force to oversee its roll-out and implementation.

This whole mission will be monitored by a task force. This task force will be headed by a member of NITI Aayog. However, representation from all ministries and states, experts will also be there in task force.

•    NITI Aayog’s plan includes investments in 20 ICTAI, 5 CORE, and setting up of AIRAWAT for increasing AI technology in the country.
•    High level task force will be set up to monitor implementation.
•    Education, healthcare, agriculture, urbanisation and mobility will be the major sectors where artificial intelligence will work.
•    According to the NITI Aayog proposal five research centers and 20 AI adoption centres are planned.
•    As per the proposal, if implemented, it can add USD 957 billion to India’s GDP by year 2035.
•    Also, India’s annual growth can go up by 1.3% by 2035.

International centres for transformational Artificial Intelligence (ICTAI) and Centre of Research Excellence (CORE) are part of the two-tier AI development plan proposed by NITI Aayog in its 2018 discussion paper. It was titled ‘National Strategy for Artificial Intelligence’. CORE centres were proposed to focus on pushing technology frontiers through creation of new knowledge. While, the International Centres of Transformational AI (ICTAI) were given a mandate to develop and deploy application-based research.