The media have highlighted the dire situation of Rohingya Muslim’s fleeing persecution, but failed to identify the actual reason for their persecution. The ethnic group has become the prime target of the violence perpetrated by both the state as well as Buddhist nationalists. Know the actual crisis in detail. 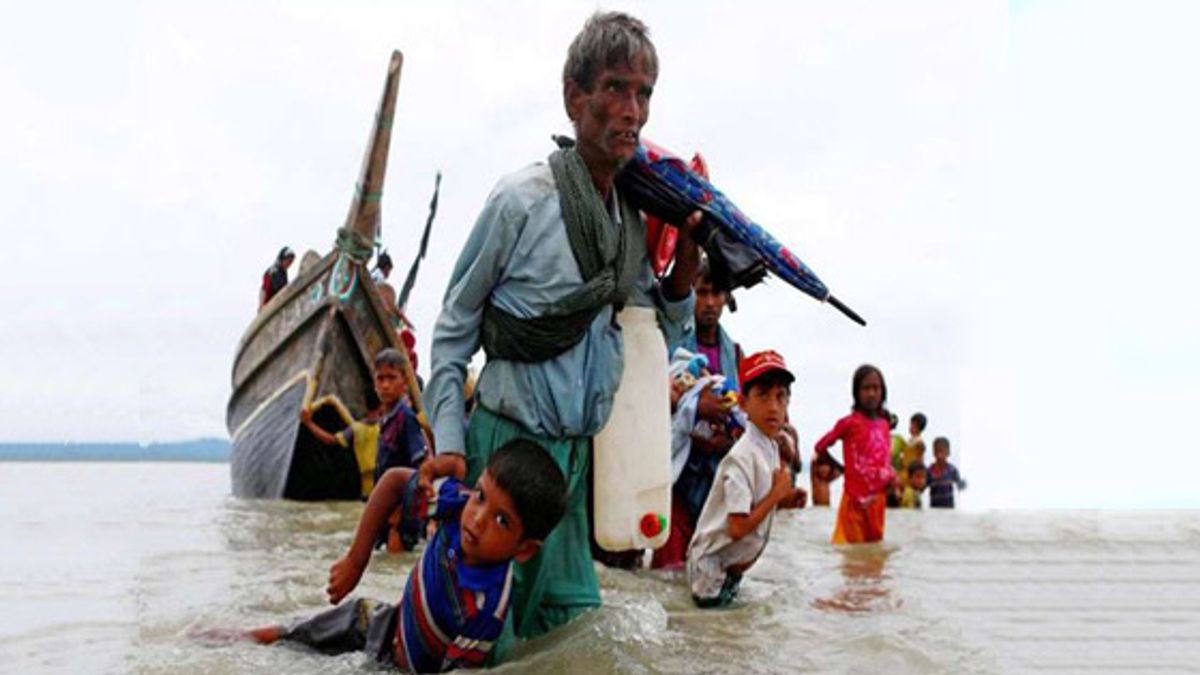 The situation in Rakhinhe state of Myanmar has worsened now and the Rohingya Muslims have been forced to take shelter in squalid refugee camps. Thousands of refugees have moved to neighbour countries like Bangladesh, India, Malaysia, Thailand, Indonesia, etc. but some of the countries have refused to provide shelter to Rohingya including India.

Who are the Rohingya?

The Rohingya, a Muslim ethnic-minority group lived for centuries in the Buddhist majority Myanmar. The population of Rohingya at present is around 1.1 million who live in the South Asian country. They are often termed as the "world's most persecuted minority". They speak Rohingya or Ruaingga, a dialect that is different from others in Rakhine State and throughout the whole country. They are not even considered as one of the parts of 135 officially declared ethnic groups of Myanmar and have been denied the status of citizenship in the country since 1982. They are stateless but the question is where the Rohingyas came from?

According to the historians, Rohingya Muslims have lived in the area since as early as the 12th century, while the Arakan Rohingya National Organisation (ARNO) says Rohingyas are living in Arakan (now known as Rakhine) from time immemorial.

According to Human Rights Watch (HRW), the significant amount of migration of labourers from Burma, now known as Myanmar came from India and Bangladesh during more than 100 years of the British rule. Since then, such migration of labourers was considered as the internal migration because Myanmar was one of the provinces of India administered by the British. But after Burmese independence in 1948, it has become one of the major reasons of disturbance in the region where the majority of the native population and even the government considered such migration which was happened before independence as illegal and void. On this basis, the citizenship of Rohingyas has been denied.

Cause of Rohingya Muslim’s Persecution

Majorly, the media have highlighted the dire situation of Rohingya Muslim’s fleeing persecution, but failed to identify the actual reason for their persecution. The ethnic group has become the prime target of the violence perpetrated by both the state as well as Buddhist nationalists. The Rakhinhe State, the epicentre of the conflict, has Buddhist as a majority in groups and Rohingya Muslims as a minority.

The first reason is the toxic mixture of historical centre-territorial disputes, the existence of serious inter-communal and inter-religious conflict with ethnic Muslim minority communities, and extreme poverty and under-development of such groups.

Second, a number of discrimination by the Myanmar government itself imposed on the ethnic minority group through restrictions like family planning, marriage, language, employment education, religious choice and freedom of movement for the livelihood. In the northern towns of Maungdaw and Buthidaung, Rohingya couples are allowed to have only two children and before marriage, they must get approval from the state authority. Without the state approval, they cannot move outside of their actual township.

Third, during the violence broke out in 2012, Rohingya men were accused of raping and killing Buddhist women. As a revenge, the Buddhist nationalists responded by burning Rohingya homes, killing more than 280 people and displacing tens of thousands, later, which was termed as the “crimes against humanity” by Human Right Watch (HRW).

The situation in Rakhinhe has worsened now and the Rohingya Muslims have been forced to take shelter in squalid refugee camps. Thousands of refugees have moved to neighbour countries like Bangladesh, India, Malaysia, Thailand, Indonesia, etc. but some of the countries have refused to provide shelter to Rohingya including India.  As per the report of the United Nations High Commissioner for Refugees (UNHCR), 123,000 Rohingya refugees have fled western Myanmar since August 25, 2017. In India, as per the Ministry of Home Affairs, around 40000 Rohingya Muslims have sheltered in India, while about 16,500 Rohingya living in India is registered with the UNHCR.

In her recent address, Myanmar's de-facto leader Aung San Suu Kyi has said her government does not fear "international scrutiny" of its handling of the growing Rohingya crisis. This was her first address on the Rohingya issue and she faces global criticism of her response to the crisis. During her speech in the Myanmar's parliament, said she felt "deeply" for the suffering of "all people" in the conflict, and that Myanmar was "committed to a sustainable solution… for all communities in this state".

After her address, the UN Human Rights Council in Geneva called for full access to the region under violence so it can investigate the actual situation "with its own eyes".

Why would the Rohingya refugees lead to “social unrest” in India?

The Indian government has stated its stand on deportation of Rohingya Muslims refugees from India. The government has said that the stay of Rohingya refugees would create a “social unrest” in the country referring one of the report of the United Nations (UN) in which UN has termed the Muslim people who are fleeing Myanmar to escape as ethnic cleansing. The Central government has presented an affidavit in the Supreme Court on 18 September 2017 on the issue and told the apex court that there are enough intelligence inputs regarding Rohingya refugees’ assertiveness with Pakistan’s ISI and Islamic State operatives thrown into the mix. The illegal immigrants have "a serious security threat to the country" and it has become a witches' brew of terrorism and Pan-Islamic terrorism.

Indian government’s submission at the Supreme Court makes the picture clear that it does not wish to compromise on national security concern and they will not provide shelter for Rohingya refugees. The Government also promised the court that they will provide enough evidence regarding terrorist elements among the Rohingya are active in Delhi, Hyderabad, Mewar and Jammu.

The Rohingya crisis has become a global issue and it must be solved irrespective of any political and religious aspects. It is a matter of more humanitarian crisis than a political and religious conflict. When it comes to the Indian government, India can play a major role to mitigate with the Myanmar government and to solve it as early. On the other hand, for India, it looks more feasible to identify the people with terror links among 40000 Rohingya refugees than deport back them to the conflict area.