Congress MP Shashi Tharoor  won the award for his novel 'An Era of Darkness' in the creative non-fiction category in English literature. 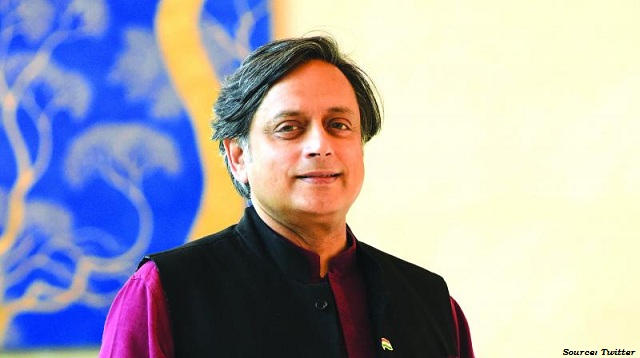 Key Names among the Winners

Writer and Congress MP Shashi Tharoor was named among the winners for Sahitya Akademi Awards. He won the prestigious literature award for his novel 'An Era of Darkness' in the creative non-fiction category in English literature. The novel which was published in 2016 describes British rule in India.

Tharoor was joined by Madhusoodanan Nair, who won the award for 'Achan Piranna Veedu' in the Malayalam poetry category. Another renowned name that was featured on the list of winners included Nand Kishore Acharya, who won the honour for his poetry collection ‘Chilte hue apneko’. 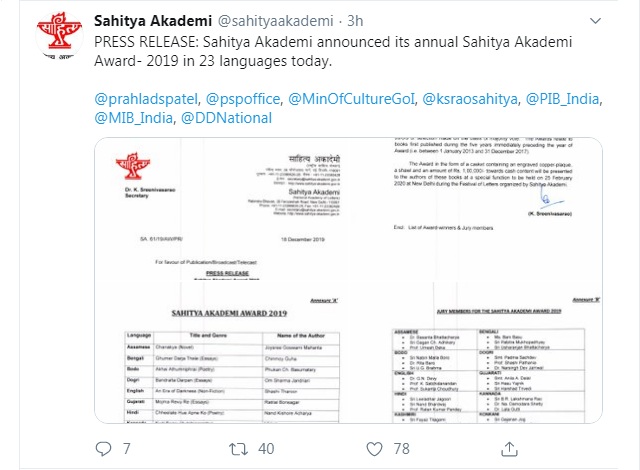 The complete list of winners in different language and genre categories is given in the table below. This time, the awards for the Nepali language will be announced later.

Sahitya Akademi Awards is one of the highest literary awards in the country. The Awards are instituted by Sahitya Akademi– India’s National Academy of Letters, to commemorate the exemplary works of literary merit published in any of the major Indian languages i.e. 24 languages of which 22 are listed in the Eighth Schedule of the Indian Constitution, along with English and Rajasthani. The Sahitya Akademi Award carries an engraved copper plaque, shawl and Rs 1 lakh, which will be presented to the winners on January 25, 2020 during the Festival of Letters organised by the Akademi.