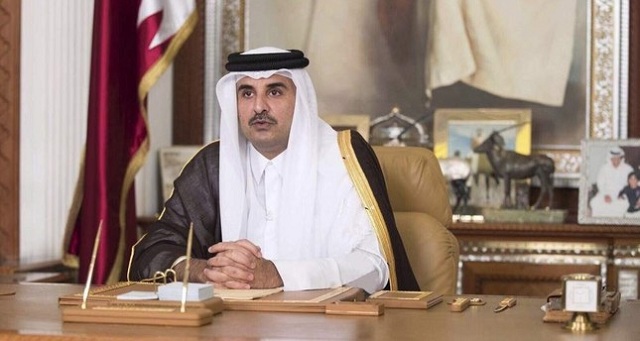 Sheikh Khalid bin Khalifa bin Abdulaziz Al Thani is a close associate of Qatar’s ruler. He has been chosen for the influential role to ensure that the emir’s writ runs throughout the Gulf State’s administration.

Qatar’s Prime Minister Sheikh Abdullah announced his resignation from the position on January 28, 2020. He was also Qatar’s interior minister. His successor Sheikh Khalid will now take on both the roles. Sheikh Khalid is known to have deep experience in the royal court.

Qatar’s Prime Minister Sheikh Abdullah did not give any details on why he was resigning from the position. In his twitter post, he expressed appreciation to the emir for his confidence throughout his service.

Who is Sheikh Khalid?

Sheikh Khalid, a member of the ruling Al Thani family, is a close associate of Qatar’s emir. The 51-year-old has been in charge of the emir’s royal court, or Amiri Diwan, since November 2014. He had served in several positions within the royal court since 2006.

The major Gulf nations including Saudi Arabia, UAE and Bahrain severed diplomatic ties with Qatar in June 2017 over its alleged support to Iran and Islamic militant groups. Qatar has denied the claims.

Qatar’s land border with Saudi Arabia was blocked and its airplanes and ships were banned from using the other gulf country’s airspace and sea routes, forcing the nation to reroute the flights to Africa and Europe through the Iranian airspace.

Qatar is a part of the Gulf Cooperation Council (GCC), which is a political and economic alliance of six Middle Eastern countries. However, three of these nations- Saudi Arabia, UAE and Bahrain have cut off their diplomatic ties with Qatar. Only Kuwait and Oman remain neutral in the issue. Besides these countries, Egypt, Yemen, the Maldives, Mauritania and Comoros have also cut off their diplomatic relations with Qatar.

Qatar is, however, a close ally of the United States. It hosts thousands of American troops at the al-Udeid airbase, which serves as the headquarters of the US military’s Central Command. Qatar also shares close ties with Iran. It shares a massive underwater gas field with the nation.

The current changes in Qatar are significant, as the nation is gearing up to host the 2022 FIFA World Cup, which is expected to boost the nation’s economy and its international influence.