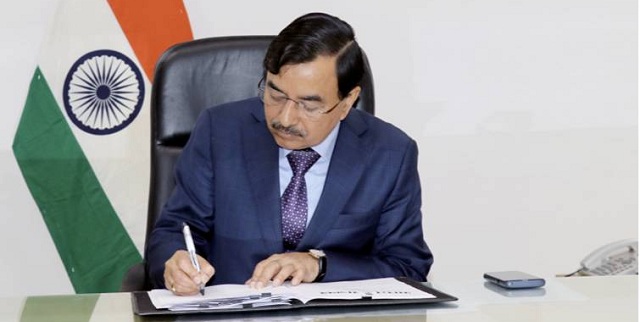 The decisions of the commission are taken by a majority vote. The term of an Election Commissioner in 6 years.

• He acquired his academic proficiency from Roorkee University and LLB from DAV College, Dehradun.

• In the IRS service, Chandra rendered his service in various states including Uttar Pradesh, Rajasthan, Delhi, Gujarat and Maharashtra.

• He has the expertise of working extensively in the areas of international taxation and investigation at various places.

• Besides this, he has undergone various training programmes at Singapore, IIM Bangalore and Wharton.

• Prior to joining the Election Commission, Chandra held the office of Chairman in Central Board of Direct Taxes in the Department of Revenue, Ministry of Finance and was also Member (Investigation), CBDT.

The Election Commissioner Amendment Act, 1989 made the Commission a multi-member body.

The concept of a 3-member Commission has been in operation since then, with the decisions being made by a majority vote.