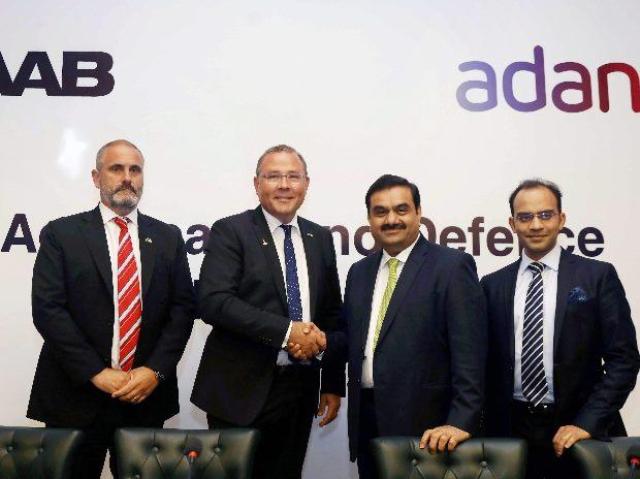 The collaboration, involving billions of dollars of investment, mainly eyes a contract for single- engine fighter jets for the Indian Air Force.

• The project would include design, development and production of Gripen jets for India, keeping in line with the Make in India initiative.

• It would also include sharing of technologies of national importance with India.

• The Union government is set to procure a fleet of single-engine fighters for the Indian Air Force.

• The US defence firm Lockheed Martin is slated to be a major competitor for Saab for the deal.

Main Objectives of the Collaboration

• The partnership aims to produce single engine fighter jets and other defence products for India under the country's recently unveiled "strategic partnership" model.

• According to the CEO and President of Saab, Hakan Buskhe, the main objective behind the collaboration is to create a new defence eco- system in India that would involve many partners, vendors and suppliers.

• To achieve the same the Swedish company needed a strong Indian partner who can help create the framework for the infrastructure and eco-system to come into place.

• Further, Saab is also looking at supplying the Indian Navy a version of Gripen with advanced features to take off from aircraft carriers.

According to Chairman of Adani Group, Gautam Adani, his company's tie-up with Saab is in sync with its plan of transforming India into a destination for world class high- tech defence manufacturing. He further added that their various collaborations in aerospace and defence sectors will help establish new production lines in India and generate employment and build sustainable skills.

Overall, the collaboration will combine the technical and product excellence of Saab, along with the industrial engineering, system integration and mega project execution capabilities of Adani with the intention to manufacture defence systems locally in India.