Researchers from San Diego State University has discovered a third planet in a two-star system named Kepler-47. It is seven times the size of the Earth and the largest in its system.

A team of scientists led by San Diego State University has discovered a third planet in a two-star system named Kepler-47, which is seven times the size of the Earth and the largest in its system. To study of this system, team used NASA's Kepler space telescope to find the Neptune-to-Saturn-size planet orbiting between two previously known planets.

The planets in the Kepler-47 system were detected via the “transit method.” It means if the orbital plane of the planet is aligned edge-on as seen from Earth, the planet can pass in front of the host stars, leading to a measurable decrease in the observed brightness. The new planet, dubbed Kepler-47d, was not detected earlier due to weak transit signals.

Back in 2012, Welsh and his colleagues, led by fellow SDSU astronomer Jerome Orosz, announced the discovery of two planets circling the two stars. These worlds, Kepler-47b and Kepler-47c, both have two Suns in their skies. They saw a hint of a third planet back in 2012, but with only one transit they needed more data to be sure.

Researchers from Tel Aviv University, Israel have made world's first 3D printed vascularised engineered heart using a patient's own tissues and biological materials. Their findings were published in Advanced Science Magazine. Researchers managed to produce an entire heart, complete with cells, blood vessels, ventricles and chambers. It is a noteworthy improvement over previous attempts that only printed simple tissues without vessels.

This first 3D heart is the size of a rabbit’s heart. Professor Tal Dvir, who led the research now hope to stimulate the printed heart into functioning like a real one. The cells are currently able to contract, but not yet have the all-important ability to pump. 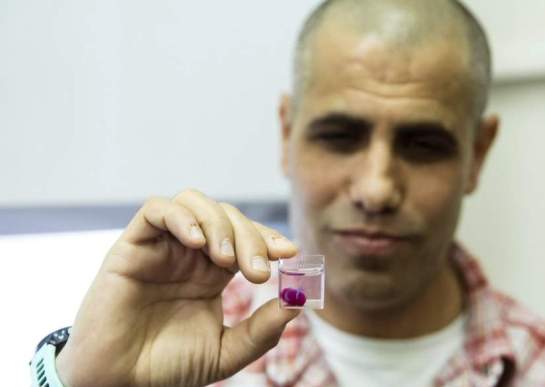 How researchers made a 3D heart?

What is 3D Printing?

3D printing or additive manufacturing is a process of making three dimensional solid objects from a digital file. 3D printing belongs to a class of techniques known or building objects layer by layer. Today, 3D printers not only make jewellery and toothbrushes but also football boots, racing-car parts, custom-designed cakes, human organs, houses, aeroplane parts and even more efficient lithium-ion batteries. One of the key advantages of 3D printing is the ability to produce very complex shapes or geometries, and a prerequisite for producing any 3D printed part is a digital 3D model.