Union Budget 2021 to go paperless for first time since Independence

As per sources, the Budget papers including both the Union Budget and Economic Survey will not be printed and soft copies will be provided. 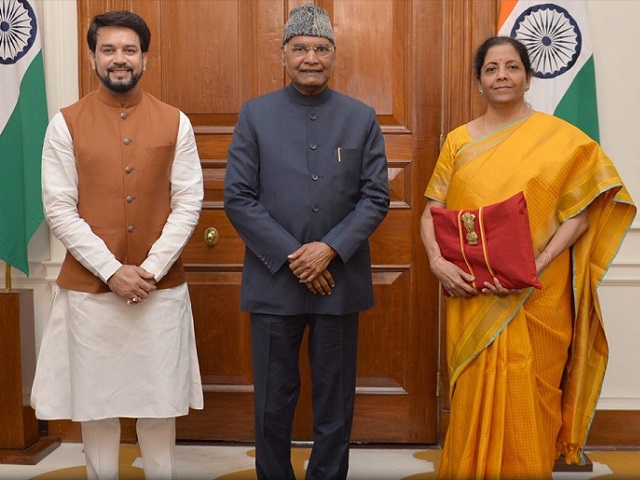 In a first since Independence, the Union Budget will go paperless and hard copies will not be printed in the wake of the COVID-19 pandemic.

The Union Budget is printed every year in the finance ministry's in-house press, involving around 100 employees of the ministry who have to stay together for almost 15 days till the papers are printed, sealed and delivered on the day of the Budget.

The tradition will not be followed this year for the first time, taking into consideration the Covid-19 pandemic and the peak in the number of cases again. The government has decided to share soft copies of the Budget instead.

• As per sources, the Budget papers including both the Union Budget and Economic Survey will not be printed and soft copies will be provided.

• All members of the Parliament will receive the soft copies of the Union Budget.

• This may not be the only tradition to be broken during the budget presentation this time.

• The traditional 'Halwa' ceremony may also not take place this year. Even if it is conducted, it will have a very limited gathering.

• The ceremony, which normally starts around January 20, is usually attended by all the people involved in budget-making and marks the beginning of printing.

• This is not the first time that there would be a change in tradition in the budget presentation under Finance Minister Nirmala Sitharaman.

• She had previously done away with the colonial-era tradition of carrying Budget papers in a briefcase and introduced the Budget 'Bahi Khata' or a ledger, enclosed in a red cloth folder and tied with a string.

The Union Budget 2021-22 will be officially presented on February 1, 2021 by finance minister Nirmala Sitharaman.

The Budget session of the Parliament will begin on January 29 and conclude on April 8, 2021. The session will be held in two phases, first from January 29-February 15 and second from March 8- April 8.