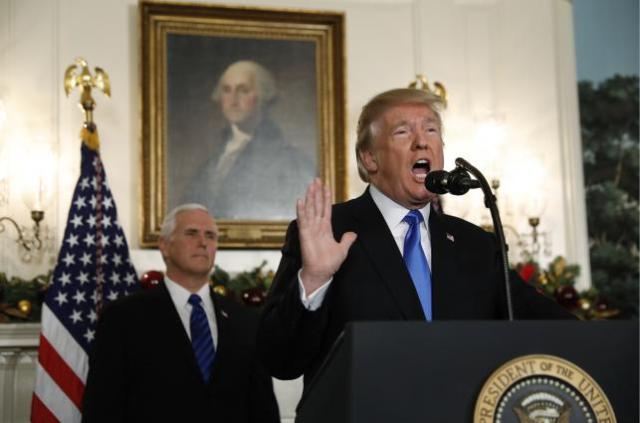 US President Donald Trump on May 3, 2018 signed an executive order to create a faith-based initiative at the White House, which would promote policies that recognize the vital role of faith in American life.

Trump signed the order during a ceremony in the White House Rose Garden on the occasion of the National Day of Prayer.

The faith initiative aims to help design new policies that recognize the vital role of faith in American families and communities.

According to Trump, the order would among other things ensure that faith-based organizations have equal access to government funding and the equal right to exercise their deeply held beliefs.

• Trump said his administration had spoken out against religious persecution around the world, including the persecution of many Christians.

• He stated that what is going on is horrible and that his administration is taking action against it.

• He said that his government condemns all crimes against people of faith.

• The faith-based initiative is a historic action, aimed at promoting religious freedom in the United States.

Why was the moment significant for India?

• Several religious leaders had accompanied Trump on the stage in the Rose Garden of the White House during the signing of the order and among them was Narayanachar Digalakote, a Hindu priest at the popular Sri Siva Vishnu Temple in Maryland.

• This was the first time that a Hindu priest was invited to the presidential podium for the National Day of Prayer celebrations at the White House.

• President Trump, in fact, even mentioned the Hindu priest and welcomed him to the White House.

• Digalakote was previously invited to the White House during former US President Barack Obama’s term when he had celebrated Diwali in the Presidential palace.