Water has been found in the atmosphere of an exoplanet called K2-18 b that is twice the size of the Earth. 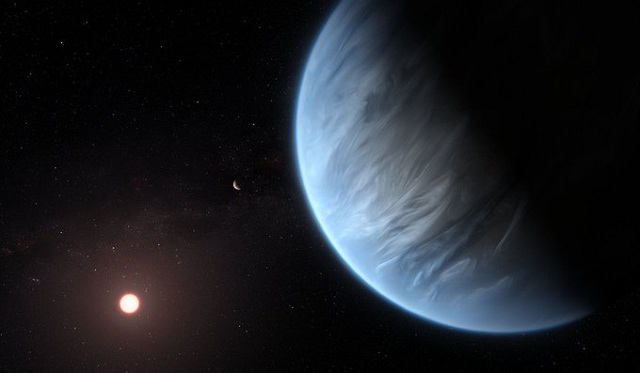 Water has been found by scientists in the atmosphere of a potentially habitable super-Earth. The exoplanet, named K2-18b, is twice the size and eight times the mass of Earth. K2-18b is the first planet outside the solar system in the habitable zone of its star.

The discovery was published in a paper in a scientific journal, Nature Astronomy on September 11, 2019 by researchers from University College London (UCL). The paper revealed that scientists studied the atmosphere of K2-18b, a distant super-Earth and for the first time discovered water vapor in its atmosphere and temperature that could potentially support life. 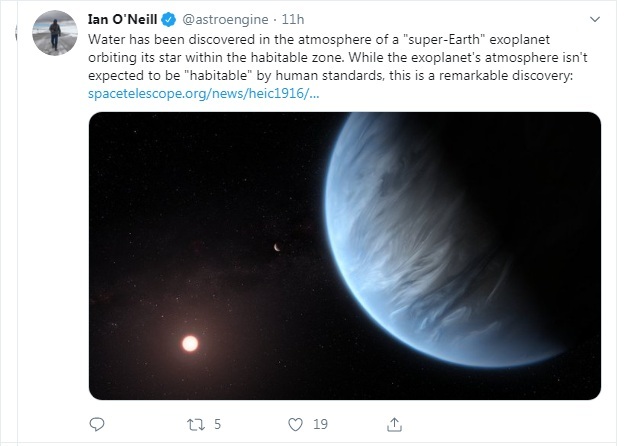 K2-18b exoplanet: Everything you need to know!

The exoplanet is twice the size and eight times the mass of Earth and hence, known as a super-Earth. Super-Earths are exoplanets that are larger than Earth but smaller than Neptune. The exoplanet orbits a red dwarf star, K2-18 and is 110 light-years away from Earth in the Leo constellation.

Though the actual conditions on the surface of the planet are not known, the red dwarf star it orbits is quite active. This means that the planet will be exposed to ultraviolet radiation. However, the study reveals that K2-18b receives about the same amount of radiation from its star as the Earth does from the sun.

The exoplanet also lies within the habitable zone of its star, which means it will have the right temperature for liquid water to exist on the surface of the planet and potentially support life. This indicates that the planet could be habitable.

Though scientists have tagged exoplanet K2-18b as potentially habitable, it doesn’t mean that humans could live there.

Water is essential for life and the habitable zone is the region around a star where temperatures would let liquid water exist on a planet’s surface. The exoplanet K2-18b has relatively moderate temperatures in comparison to the Earth.

K2-18b is the first planet outside the solar system in the habitable zone of its star known to have water in its atmosphere. However, there are many unknown things about factors affecting potential habitability in this world.

Discovery of water on K2-18b: How did it happen?

The research team used archived data collected by the Hubble Space Telescope between 2016 and 2017 that had captured starlight as it passed through the exoplanet’s atmosphere. When the researchers put the data through algorithms, they saw signs of water vapour in the atmosphere. 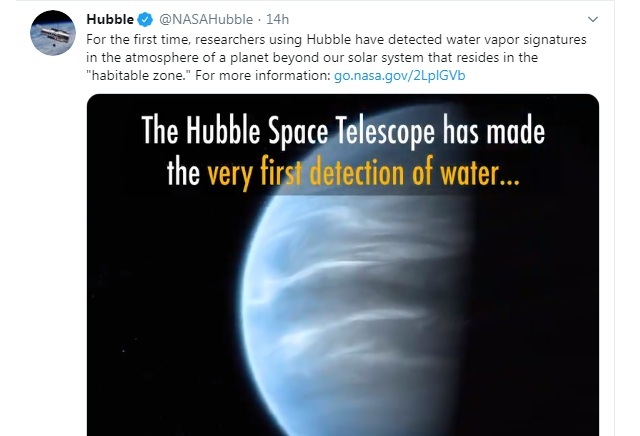 The researchers also saw traces of hydrogen and helium in the atmosphere, two of the most abundant elements in the universe.

The planet was first discovered by NASA's Kepler spacecraft in 2015. The K2-18b exoplanet completes one orbit around its star every 33 days. The super-Earth is much closer to its star than the Earth is to the sun. However, the red dwarf star is much cooler than the Sun.

Hence, based on the calculations of the researchers, the exoplanet could have a temperature, similar to that of the Earth. The temperature range, however, could include temperatures much colder and warmer than Earth and this cannot be completely confirmed by the researchers due to data constraints.

According to the study-co-author, Ingo Waldmann, the discovery of the potentially habitable exoplanet K2-18b could be the first of many such discoveries in the future, as super-Earths like K2-18b and red dwarf stars smaller than the Sun are the most common planets and stars in our Galaxy.

K2-18 also has another super-Earth, K2-18c, but the planet is closer to the star and is not likely to be in the habitable zone. K2-18c was discovered by Cloutier in 2017.

Further, while the Hubble Space Telescope is only sensitive to the signature of water, future telescopes such as the James Webb Space Telescope and the ESA’s ARIEL mission are capable of studying the atmosphere of exoplanets in much greater detail with more advanced instruments.