In Pics - Ram Mandir: What will Ram Mandir Look Like? See Photo of New Design, Get Architectural Details Here

Ahead of the the Ayodhya Ram Temple's bhoomi pujan, let’s take a look at the new design of the Ram Mandir and also understand some of the less known architectural details about the Temple that have been planned as part of the construction plan.

Ayodhya Ram Mandir Design: Ahead of the the Ayodhya Ram Temple's bhoomi pujan, the trust that is overseeing the construction of the grand Ram Mandir has released some exclusive pictures of what the constructed temple will look like. The images released by the trust shows the new design that been developed and formulated by Chandrakant Sompura, who belongs to the Sompura clan. Let’s take a look at the new design of the Ram Mandir and also understand some of the less known architectural details about the Temple that have been planned as a part of the construction plan.

Who has designed Ayodhya’s Ram Temple?

Sompura Family from Ahmedabad has been entrusted the task of designing and coming up with grand design for the Ayodhya’s Ram Mandir. The design is developed by Architect Chandrakant Sompura, who comes from a family of temple architects. He was entrusted the task to develop the design for the grand Ram Temple of Ayodhya 30 years back. However, following last year’s SC verdict, he has developed a new design that is grander as compared to the original one. He is also joined  his two sons Ashish and Nikhil Sompura are assisting him. Chandrakant’s father Prabhashankar Sompura designed and oversaw the reconstruction of the Somnath temple. 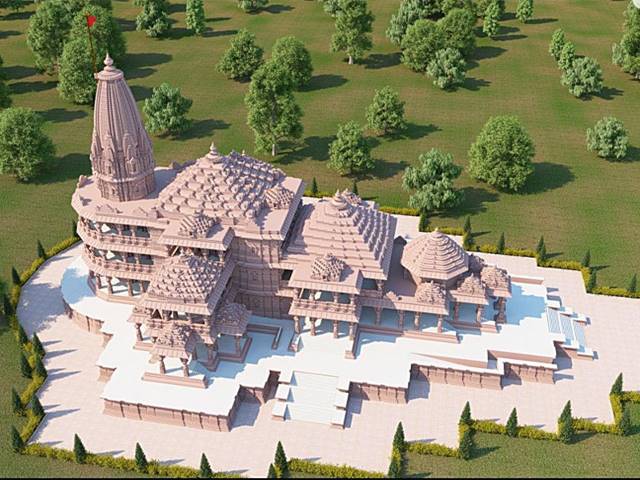 The new design for Ayodhya Ram Temple shows the temple design as consisting of three storey stone structure that is built on a raised platform with multiple turrets, pillars and domes. In the new design developed by the trust, the temple has got even more grandeur, as compared to the original design that was developed in 1988 by the Sompura family of Ahmedabad. Now, the Ayodhya’s Ram Mandir will be 235 feet by 360 feet with a height of 161 feet and has been designed following the 'Nagara' style of architecture. As compared to the original temple design, which consisted of only two domes, the new design consists of five domes and a shikhara or tower that will be built on the built over the sanctum sanctorum. 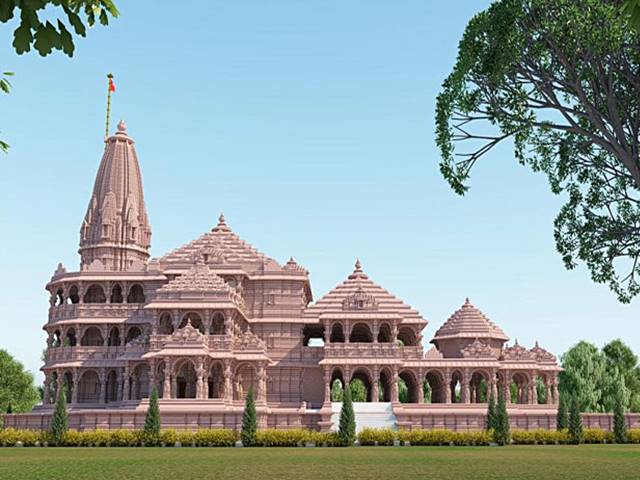 Structure of the Overall Temple Complex

As per the details available through media reports, the overall structure of the temple complex is being developed by the trust as multi-tier structure that will consist of various facilities. Reports indicate the Ayodhya’s Ram Mandir temple complex will include a large prayer hall, Ramkatha Kunj (lecture hall), Vaidik Pathshala (educational facility), Sant Niwas (saints residence), Yatri Niwas (hostel for visitors) and other facilities like a museum and a cafeteria. The temple construction is slated to be completed in next three years, after which it will become 3rd largest Hindu Shrine in the world. 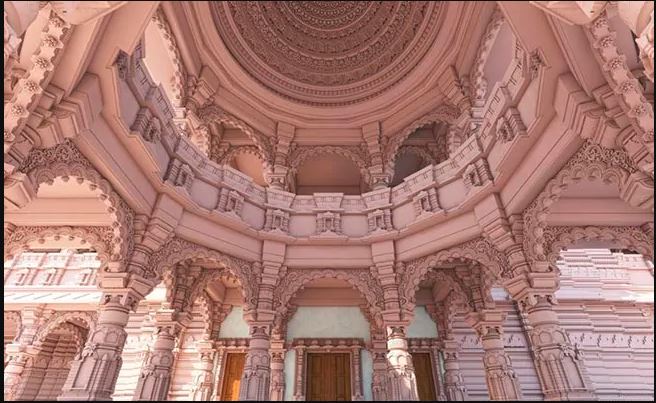 Interiors to Have Intricate Carvings

Coming to interiors, the 'Nagara' style of architecture will continue on the interior of the temple as well which show high domes with intricate carvings. Reports have also confirmed that the first floor of the Ram Mandir Temple Complex will consist of Ram Darbar housing idols of Lord Ram, Lakshman, Sita and Lord Hanuman. In total, around 30,000 tonnes of Bansi Pahadpur stone aka ‘Pink Stone’ will be used for the construction of the grand temple which will consist of 360 pillars with 100 bows around the temple.