The day is celebrated and implemented by the secretariat of the Convention on International Trade in Endangered Species of Wild Fauna and Flora (CITES), in collaboration with other relevant United Nations organizations. 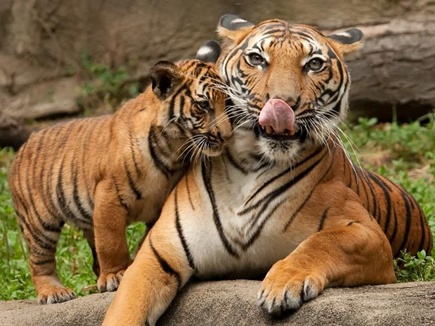 The World Wildlife Day was observed across the world on March 3, 2018 to celebrate beautiful and varied forms of wild fauna and flora and raises awareness to conserve the wildlife.

This year, the Day cautions us against the wildlife crime and human induced decline in the species, having wide-ranging economic, environmental and social impacts.

The theme of World Wildlife Day 2018 is 'Big cats: Predators Under Threat'.

Big cats such as lion, tiger, leopard, cheetah, jaguar, cougar, etc. are among the most widely recognized and admired animals across the globe.

Today, these charismatic cats, often regarded as predators, are facing varied threats mostly caused by human activities such as hunting, poaching and illegal trade. Overall, their population is declining at a disturbing rate.

World Wildlife Day 2018 seeks to raise awareness about their plight and calls to save these iconic species.

The date 3 March commemorates the day when the Convention on International Trade in Endangered Species of Wild Fauna and Flora (CITES) was adopted in 1973.