Mearns’s company Blue Water Recoveries found the shipwreck in 1998 after researching it but excavations on the site did not begin until 2013, when the excavations began in collaboration with Oman’s Culture Ministry. Presently, the astrolabe is with Oman’s National Museum. 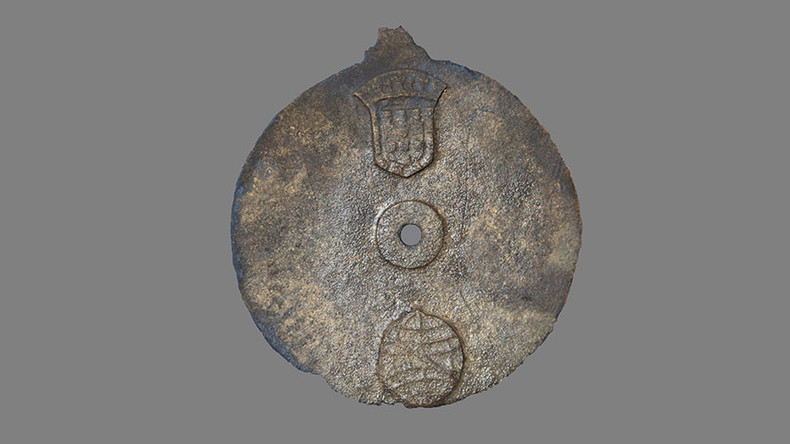 David Mearns, Britain-based shipwreck searcher, on 24 October 2017 revealed that the 'Astrolabe' discovered by him on a shipwreck off the coast of Oman in 2014 is the world’s oldest navigational tool.

The astrolabe guided the Portuguese explorers on their dangerous expedition to India in the 16th century. Besides astrolabe, other items discovered on the shipwreck were a bronze bell, gold coins and a rare silver coin known as the ‘ghost coin of Dom Manuel.'

Mearns’s company Blue Water Recoveries found the shipwreck in 1998 after researching it but excavations on the site did not begin until 2013, when the excavations began in collaboration with Oman’s Culture Ministry. Presently, the astrolabe is with Oman’s National Museum.

About World's oldest 'Astrolabe'
• Dating between 1496 and 1500, this astrolabe is around 30 years older than the previous oldest known astrolabe. The previous oldest astrolabe was on a ship dating back to 1533.
• Warwick University professor Mark Williams applied 3D scanning technology to carry out the scans of the astrolabe, discovering that its etches are separated by five degrees gaps to calculate the sun's height.
• The bronze disc or astrolabe measures 17.5cm in diameter and is less than 2mm thick.
• The astrolabe carries the personal emblem of King Manuel I of Portugal, who came to the throne in October 1495 and is marked with the Portuguese royal coat of arms.

Background
It is believed that the shipwreck is of the ship 'Esmeralda', which was part of Vasco da Gama’s second expedition to India of 1502-1503. Da Gama was the first European to reach India by sea in 1498. The ship sank off the coast of Oman during a storm in May 1503.

What are Astrolabes and What's their use?
• Astrolabes are the navigational tools that the mariners used to measure the altitude of the sun.
• Though being used since the ancient times, the mariners’ version of the astrolabe was developed by Portuguese explorers by using the altitudes of the sun or stars to determine the latitude of a ship at sea.
• The Portuguese were at the forefront of developing astrolabes at sea. The oldest reference of them using astrolabe at sea is of 1480.