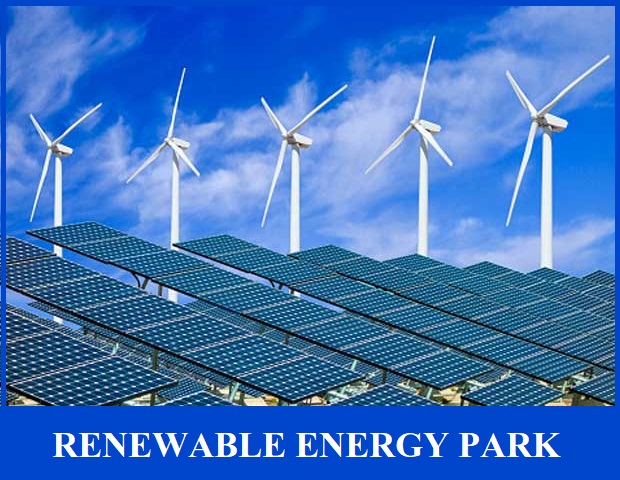 On 15 December 2020, Prime Minister Modi laid the foundation stone of several development projects in Gujarat including a desalination plant, hybrid renewable energy park and a fully automated milk processing and packaging plant. Chief Minister of Gujarat, Vijay Rupani was present on the occasion. Prime Minister will also undertake a visit to the White Rann, followed by witnessing a cultural programme.

2-GOI vision: The project is in line with the Government of India's vision to install 175 GW of renewable energy capacity by the year 2022 and is of national importance.

3- PM Modi's vision: It will also play a major role in fulfilling Prime Minister Modi's vision of generating 450 GW power by the year 2030.

4- The park will have two zones: Spread over 72, 600 ha of land, the first will be a 49,600-hectare hybrid park zone, accomodating wind and solar power plants of 24,800 MW capacity; and second will be an exclusive wind power zone spread over 23,000 hectares.

5- Location of the project: The project site is located close to the Indo-Pak border between Khavda village and Vighakot.

Hybrid Park: It will be located 6 km from the International border.

Exclusive Wind Park: It will be located 1-6 km from the International border.

6- Distance from Indo-Pak border: The project will come up around 25 km away from Khavda (the last point accessible by the civilians in the area).

7- Allocation of the Project:

Exclusive Wind Park Zone: The entire 23,000 hectares of land has been allotted to Solar Energy Corporation of India (SECI).

8- Time: The estimated time for the completion of the project is five years. 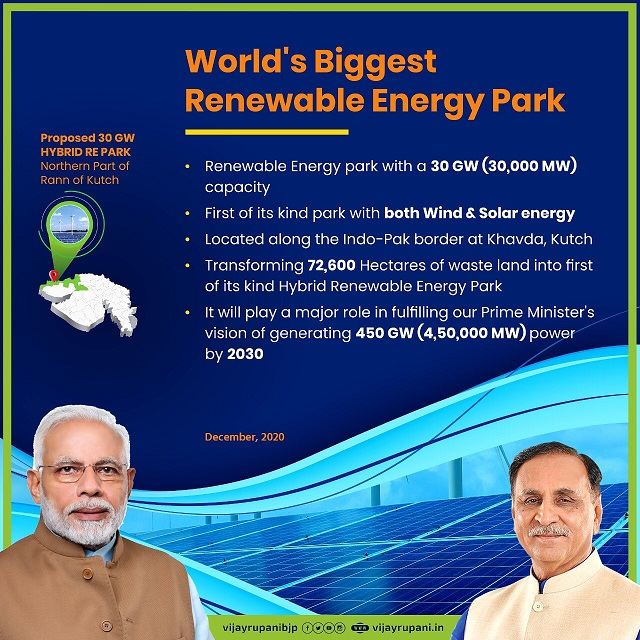 It is important to note that there are a number of 'no-go-zones' around the said project, belonging either to the Army or the BSF.

Why the said site has been chosen for the project?

The said site has been chosen for the project because:

2- The installation of windmills near the border will act as a boundary.

"An 18-km road will be built by the state public works department. It will bypass India bridge and provide access to the project. Also, the existing road that leads from India bridge to Vighakot is being strengthened and widened," a State Government Official stated. 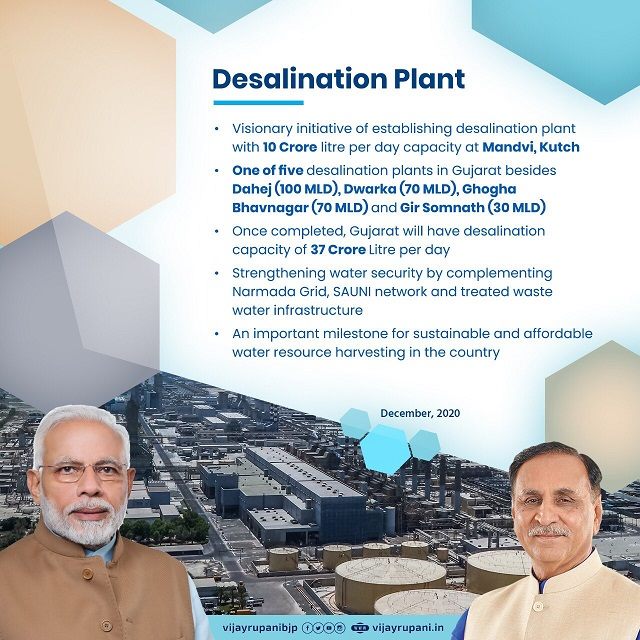 The project will also prove to be an important milestone for sustainable and affordable water resource harvesting in India. Around 8 lakh residents of Mundra, Lakhpat, Abdasa and Nakhatrana talukas will receive desalinated water from this plant.

This Desalination Plant is among the five upcoming desalination plants in Gujarat besides those at Dahej (100 MLD), Dwarka (70 MLD), Ghogha Bhavnagar (70 MLD) and Gir Somnath (30 MLD).

Prime Minister Modi also laid the foundation stone of fully automated milk processing and packaging plant at Sarhad Dairy Anjar, Kutch with 2 LLPD capacity, expandable up to 4 LLPD. The cost of the plant is projected to be 121 crores. 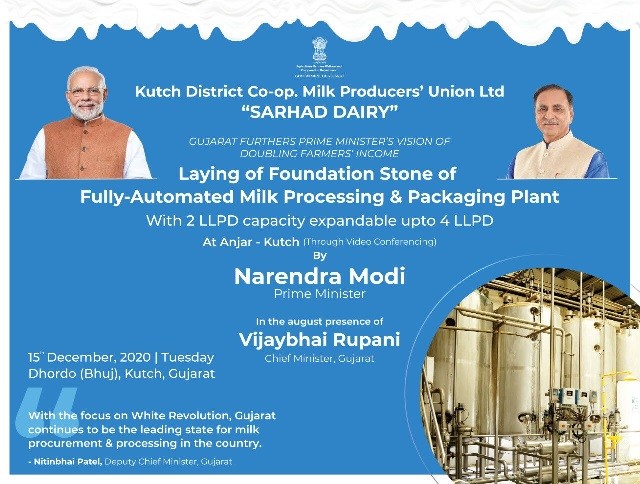 Nitinbhai Patel, Deputy CM of Gujarat stated, "With the focus on white Revolution, Gujarat continues to be the leading state for milk procurement and processing in the country."

What are Azad Pattan and Kohala Hydropower Projects in Pakistan Occupied Kashmir?

Rewa ultra mega power project: Here's what you need to know about the first solar project in India

Which desalination plants are located in Gujarat?

How many zones will the 30 GW renewable energy park have?

The 30 GW renewable energy park will be divided into two zones: first will be a 49,600-hectare hybrid park zone, accomodating wind and solar power plants of 24,800 MW capacity; and second will be an exclusive wind power zone spread over 23,000 hectares.

Prime Minister laid the foundation stone of which projects in Gujarat on 15 December 2020?

Where is the world's Biggest Renewable Energy Park situated?