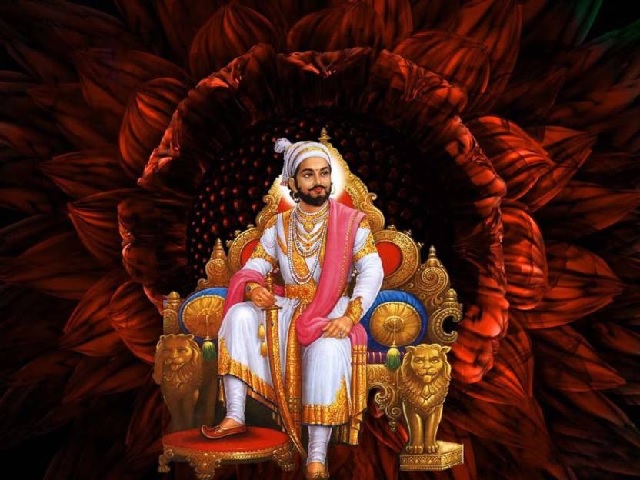 Chhatrapati Shivaji Maharaj is also known as Shivaji or Shivaji Raje Bhosle. He was born on February 19, 1630, in Shivneri Durg, Pune, to Jijabai and Shahji Bhonsle. His father Shahaji Raje Bhosale was a high official in the court of Bijapur. At an early age, Shivaji was trained for war. Shivaji was a great warrior and strategist of India. In 1674, he laid the foundation of the Maratha Empire in Western India.

Shivaji was against the conflicts of the caste but, was not against any religion. At the time, when all other kingdoms in India were sticking to their religious beliefs, Shivaji accepted all the religions.

Shivaji's name was not derived from the name of Lord Shiva but from a regional deity by the name Shivai.

Shivaji built a powerful navy and is known as the father of the Indian Navy. Shivaji realized the importance of naval force in its early stages and believed that it would keep them independent from foreign invaders-- Dutch, Portuguese and British-- and will also protect the Konkan coast from pirates. Shivaji Maharaj built naval forts at Jaigarh, Vijaydurg, Sindhudurg and many other places. Shivaji Maharaj had four different types of warships like Manjuhasm Pals, Gurabs and Gallibats.

4- Shivaji was a war strategist.

Shivaji was a war strategist and despite having limited resources, he introduced raiding warfare skills when he captured the 'Torna' fort at a very young age and gave the first major blow to the Sultan of Bijapur. By 1655, he captured the Kondan, Jawali and Rajgarh forts one by one occupying the entire Konkan and Western Ghats.

Shivaji reached out to Aurangzeb to help him conquer Bijapur but, two officials raided the Mughal area near Ahmednagar and Bijapur wasn't conquered.

6- Shivaji formed the army of Marathas.

Shivaji formed an army of Marathas where many soldiers were paid for their services throughout the year. Before this, the Marathas had no army of their own. The Maratha army was divided into several units and each unit had 25 soldiers. Both Hindus and Muslims were appointed to the army without any discrimination.An army of 2,000 men was converted into 10,000 soldiers by Shivaji.

7- Shivaji stood for the honour of women.

Shivaji was a staunch supporter of women and stood for their honour. He strongly opposed violence or harassment against women and gave strict instructions to the soldiers that no woman should be harmed while raiding. Under Shivaji's rule, women of the captured territories were left unharmed and none were taken as prisoners. People who raped or molested women were severely punished by Shivaji Maharaj.

Shivaji was successful in escaping from the siege of Panhala fort. When Shivaji Maharaj was trapped in Panhala Fort by Siddi Johar's army, he devised a plan to escape. Shivaji arranged two palanquins in which a barber was seated who looked like Shivaji and asked him to lead him out of the fort. Thus, the soldiers went after the fake palanquin and Shivaji successfully dodged 600 soldiers and escaped from Panhala fort.

9- Shivaji was the proponent of the Guerrilla war.

Shivaji was the proponent of the Guerrilla war. He was well versed in the geography of his area, guerrilla tactics, attacking small groups with enemies, etc. and was called a rat of the hills. However, Shivaji never raided religious places or homes of the people living there.

10- Shivaji fought for India first and then his kingdom.

11- Shivaji was extremely caring and merciful.

Shivaji Maharaj was merciful and welcomed anyone in his army who surrendered. He was extremely caring and never raided religious places and homes of the common people.