Directive Principles of State Policy (DPSP) are mentioned in the Part 4 of the Indian constitution from articles 36 to 51. DPSPs are taken from the Constitution of the Ireland. Dr. B R Ambedkar described these principles as ‘novel features’ of the Constitution. 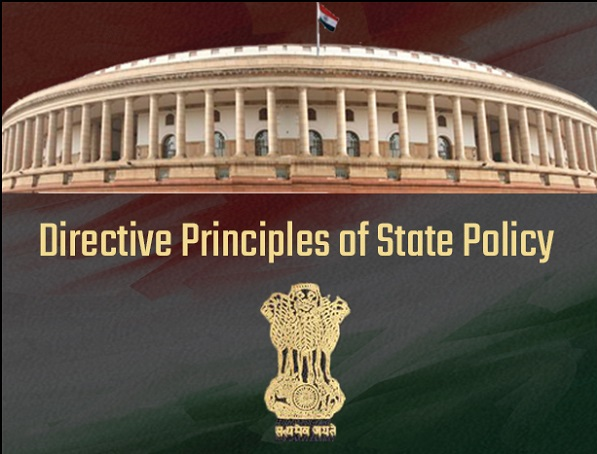 The Directive Principles constitute a very comprehensive social, economic and political programme for a modern and welfare state.

These principles emphasises that the State shall try to promote welfare of people by providing them basic facilities like shelter, food and clothing.

Unlike Fundamental Rights, the Directive Principles of State Policy (DPSP) are non- binding in nature which means they are not enforceable by the courts for their violation.

However, the Constitution itself declares that ‘these principles are fundamental in the governance of the country and it shall be the duly of the state to apply these principles in making laws’. Hence, they impose a moral obligation on the state authorities for their implementation.

1. It denotes the ideals that the State should keep in mind while formulating policies and enacting laws.

What is called Directive Principles is merely another name for the instrument of instructions. The only difference is that they are instructions to the legislature and the executive’.

3. It constitutes a very comprehensive economic, social and political programme for a modern democratic State which aimed at realising the high ideals of justice, liberty, equality and fraternity as outlined in the Preamble to the Constitution. They embody the concept of a ‘welfare state’ which was absent during the colonial era.

The Constitution of India does not formally classify the Directive Principles of State Policy but for better understanding and on the basis of content and direction- they can be classified into three categories: Socialistic Principles, Gandhian Principles, and Liberal-Intellectual Principles.

These principles contemplate the ideology of socialism and lay down the framework of a democratic socialist state. The concept envisages providing social and economic justice, so that state should achieve the optimum norms of welfare state. They direct the state through- Article 38, Article 39, Article 39 A, Article 41, Article 42, Article 43, Article 43 A and Article 47.

These principles reflect the programme of reconstruction enunciated by Gandhi during the national movement. In order to fulfil the dreams of Gandhi, some of his ideas were included in DPSP and they direct the state through- Article 40, Article 43, Article 43 B, Article 46, Article 47 and Article 48.

These principles inclined towards the ideology of liberalism and they direct the state through- Article 44, Article 45, Article 48, Article 48 A, Article 49, Article 50 and Article 51. Four new Directive Principles were added in the 42nd Amendment Act of 1976 to the original list. They are requiring the state:

1. Added clause in Article 39: To secure opportunities for healthy development of children

2. Added clause in Article 39 as Article 39A: To promote equal justice and to provide free legal aid to the poor

3. Added clause in Article 43 as Article 43 A: To take steps to secure the participation of workers in the management of industries

4. Added clause in Article 48 as Article 48A: To protect and improve the environment and to safeguard forests and wildlife

The 44th Amendment Act of 1978 added one more Directive Principles which requires the state to minimise inequalities in income, status, facilities and opportunities in article 38.

The 86th Amendment Act of 2002 changed the subject-matter of Article 45 and made elementary education a fundamental right under Article 21 A. The amended directive requires the State to provide early childhood care and education for all children until they complete the age of six years.

In nutshell, the Directive Principles of State Policy refers to those principles, which should be kept in mind by the State while formulating policies. They are non-justiciable which means one cannot approach the court for its non-implementation but can be referred to by the Supreme Court while deciding whether a particular policy is unconstitutional or not.