March is the month of the Holy festival and a third month of the year. The meteorological beginning of spring occurs on the first day of March in the Northern Hemisphere. Several events and national and international important days fall in March. 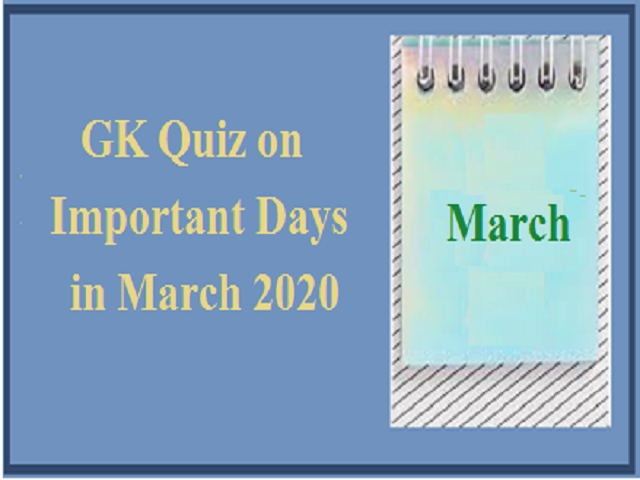 March name comes from the world Martius and is the first month of the earliest Roman calendar. In March, a famous international event dedicated to women's falls is International Women's Day. Let us solve a quiz on important days in March 2020.

5. CISF Raising Day falls on which day in March?
A. 5 March
B. 7 March
C. 8 March
D. 10 March
Ans. D
Explanation: The Central Industrial Security Force (CISF) Raising Day is celebrated on 10 March. In 1969, CISF was established under an act of the Parliament of India.

6. When is Pi Day celebrated?
A. 12 March
B. 14 March
C. 16 March
D. 19 March
Ans. B
Explanation: Pi Day is celebrated on 14 March around the globe. Pi represents constant value and is the symbol used in mathematics.

So, these are the National and International important Days in March 2020 which may also help in the preparation for several exams and also enhance your knowledge.

Important Days in March 2020 in detail