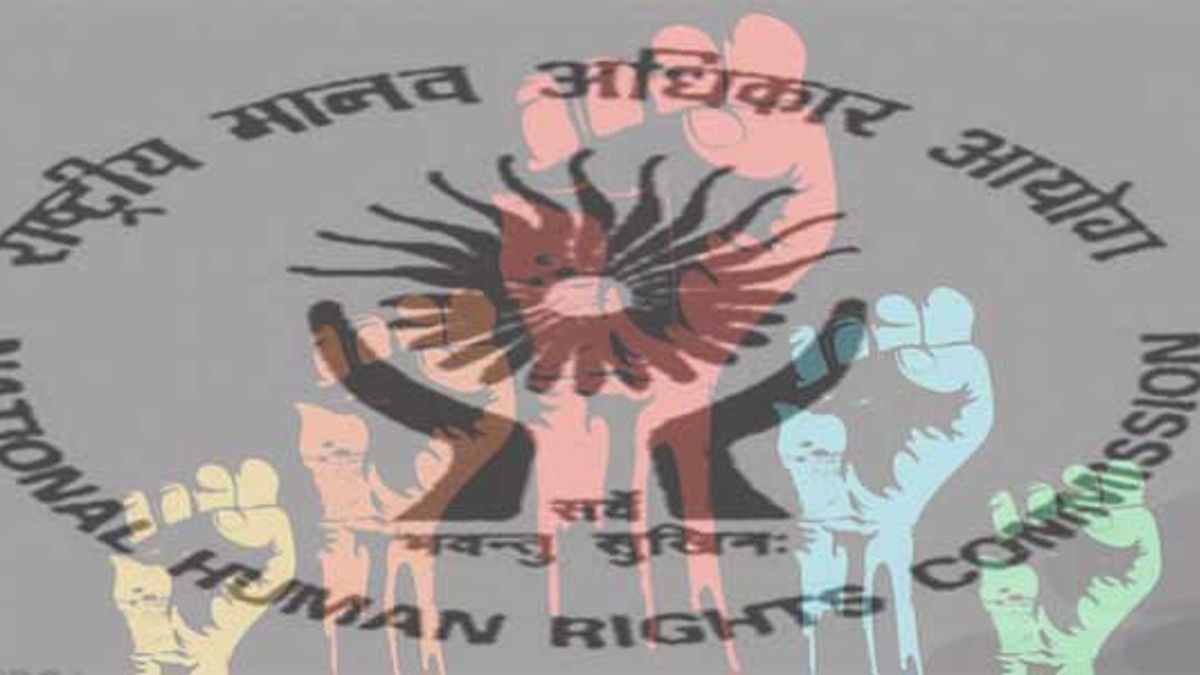 The Parliament of India is the supreme legislative body of the Republic of India. The Parliament is composed of the President of India and the houses. It is a bicameral legislature with two houses: the Rajya Sabha (Council of States) and the Lok Sabha (House of the People).

National Human Rights Commission (NHRC) of India is an autonomous public body constituted on 12 October 1993 under the Protection of Human Rights Ordinance of 28 September 1993. "Human Rights" means the rights related to life, liberty, equality and dignity of the individual guaranteed by the constitution or embodied in the International covenants and enforceable by courts in India. "Commission" means the National Human Rights Commission constituted under section of All human beings are born free and equal in dignity and rights known as Human rights, as commonly understood, are the rights that every human being is entitled to enjoy freely irrespective of his religion, race, caste, sex and nationality, etc.

1. Which of the following article dealt with the formation of Parliament?

2. Article 250 of the constitution says that:

A.  In case of the declaration of President's Rule in any State under Article 356 of the Constitution, the Parliament is competent to legislate on any matter included in the State List.

B.  Education will be in the con- current list of the constitution.

C.  Every Indian state will have a governor to assist chief minister.

D.  Some taxes will be imposed and collected by the central government only.

3. Joint session of the parliament is arranged under the article........

4. Which of the following is not sacked/ impeached by the Parliament?

B.  Chief Justice of Supreme Court

5. Which of the following is true about Parliament?

A.  Parliament consists of Lok Sabha and Rajya Sabha.

B.  The Vice- President is elected by both the Houses of the Parliament.

C.  Joint session of the parliament is headed by the president

D.  Joint session of the parliament is called by the Lok Sabha Speaker.

6. Who is the current Chairman of National Human Rights Commission?

7. The Chairman of the National Human Rights Commission (NHRC) must be :

A.  Retired judge of high court

B.   A lawyer who has the eligibility to be a judge of Supreme Court

8. The Chairperson and members of the NHRC are appointed on the recommendation of a committee consisting of:

A.  Prime Minister, Home Minister, Leader of Opposition in both houses of Parliament, Lok Sabha Speaker

B.  Prime Minister, Home Minister, Leader of Opposition in both houses of Parliament, Lok Sabha Speaker and Deputy Chairman of Rajya Sabha

9.  The Chairman of NHRC is appointed for the period of:

10. NHRC was established in the year: