Biology is the science of life that also deals with the physicochemical aspects of life. For the convenience of the study, it is divided into several branches including botany, zoology, morphology, etc. Let us solve an interesting quiz based on life science that will help in the preparation of competitive examinations and enhance knowledge. 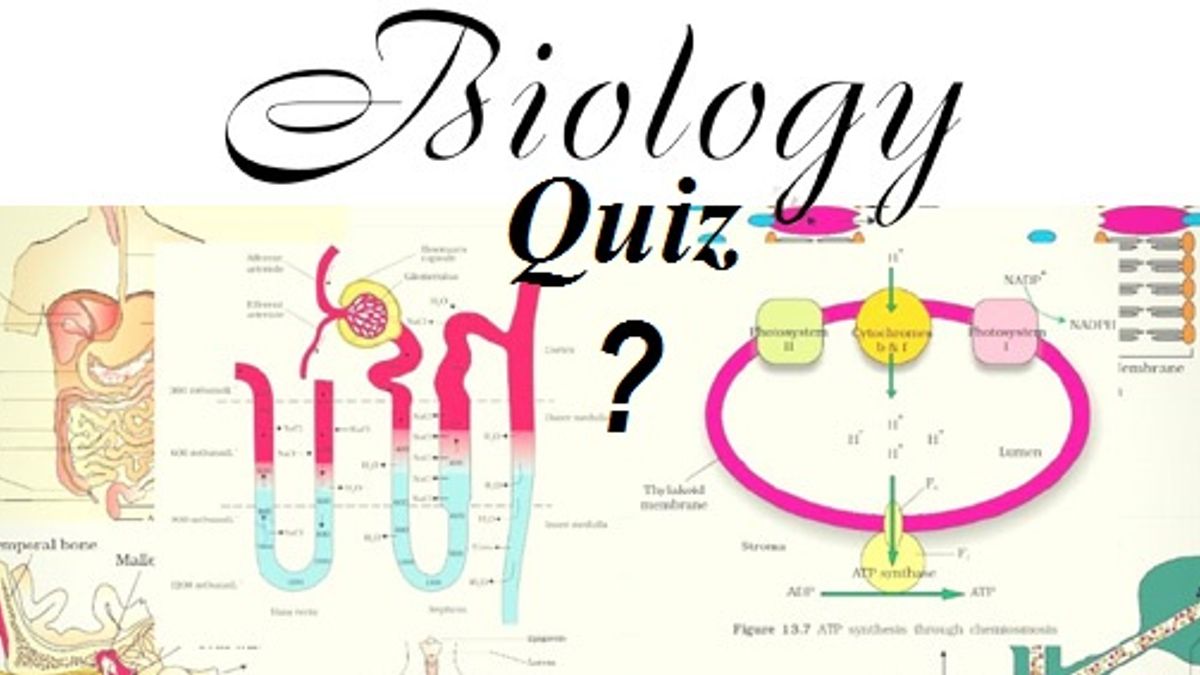 Biology is a life science in which we study phenomena including origin, growth, reproduction, structure, and behaviour. It is derived from the Greek words "bios" means life and "logos" means study. That is the study of life.
Do you know Biology overlaps with other sciences like biochemistry, toxicology, biophysics, physics, stratigraphy, astrobiology, astronomy, social sciences (geography, philosophy, psychology, sociology, etc.)?

1. Which of the following is a large blood vessel that carries blood away from the heart?

Explanation: The pulmonary artery carries blood from the right side of the heart to the lungs to pick up a fresh supply of oxygen.

2. Which of the following is not a member of the vitamin B complex?

Explanation: Vitamin B complex consists of 8 vitamins namely B1, B2, B3, B5, B6, B7, B9 and B12. Vitamin B1 is Thiamine, Vit B2 is Riboflavin, Vit B3 is Niacin, Vit B5 is pantothenic acid, Vit B6 is pyridoxine, biotin, folic acid and Vit B12 is cyanocobalamin.

3. Fungi are plants that lack:

Explanation: We know plants prepare their own food and so are known as autotrophs. With the help of photosynthesis they make food in which they produce glucose from carbon dioxide and sunlight. Oxygen is released by plants which is further used by humans and other animals. But Fungi lack chlorophyll and do not engage in photosynthesis.

4. What makes a reptile a reptile?

Explanation: Reptiles skin is covered with hard, dry scales and most reptiles lay eggs. Those animals which are cold-blooded don't automatically maintain a constant body temperature. They have to lay out their eggs in the sun to keep their body warm.

5. Which blood vessels have the smallest diameter?

6. Which of the following is an air-borne disease?

7.  A yellow dust appears on the fingers, whenever we touch the middle of a flower. These tiny yellow grains are one of the most precious substances in nature because they contain the secret of plant life.  What is this dust called?

Explanation: The yellow powder is called pollen and the stick that holds it is known as stamen.

8. Which organ of the body produces the fluid known as bile?

Explanation: Liver produces a digestive fluid known as bile. Liver releases Bile into Gall Bladder, a small, pear-shaped organ located just below your liver in the upper right side of your abdomen.

9. Which of the following hormones is a steroid?

10. Which one of the following is not a function of the liver?

A. Regulation of blood sugar

Explanation: Liver is the body's largest internal organ. It has many functions in the body like it helps in protein synthesis and blood clotting, manufacturing triglycerides and cholesterol, glycogen synthesis, and bile production. It also detoxifies chemicals and metabolizes drugs.