As we know that China Got freedom in 1949 and India in 1947 but still both countries have many differences in many areas of the economy.

In this article, we have fetched some authentic facts about the Chinese economy from international institutions like the World Bank, IMF,WEF and OECD, etc.

7. The private sector is the main accelerator of growth and employment in China. Private firms produced between two-thirds and three-quarters of China’s GDP from 2010 to 2012.

9. Main export partners of China are;

10. Sectorwise contribution in the Chinese economy (2017)

11. According to the National Bureau of Statistics of China; The tertiary sector is the largest source of employment (36.1%), followed by 33% in agriculture and 30.3% in industry.

12. China is the largest emitter of greenhouse gases:- China produced 9.3 metric gigatonnes of carbon dioxide which is around 28% of total CO2 emission in the world. It is followed by the USA and India. 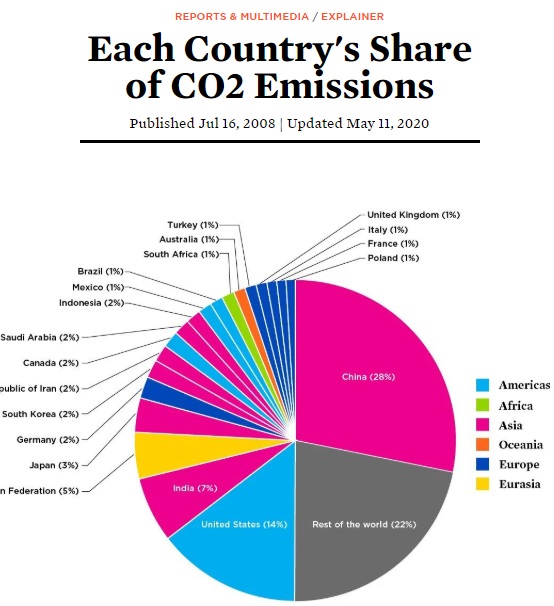 16. Largest forex reserve holder in the world: China has Foreign exchange reserves US$ 3,101,692 million by May 2020. It is followed by Japan and Switzerland.

So these were some important facts about the Chinese economy. We hope these facts would be very important for the competitive exams like UPSC/PSC.CDS etc.