The Indo-Greek Kingdom or Greco-Indian Kingdom ruled over the northwest regions of the Indian Subcontinent (mainly modern Afghanistan and Pakistan, along with parts of north-western India) during the last two centuries BC. Indo-Greek rulers have been mentioned as 'Yavanas' in the Indian literature. The Kings of the Indo-Greek Kingdom, rulers and their contribution are given for the general awareness. 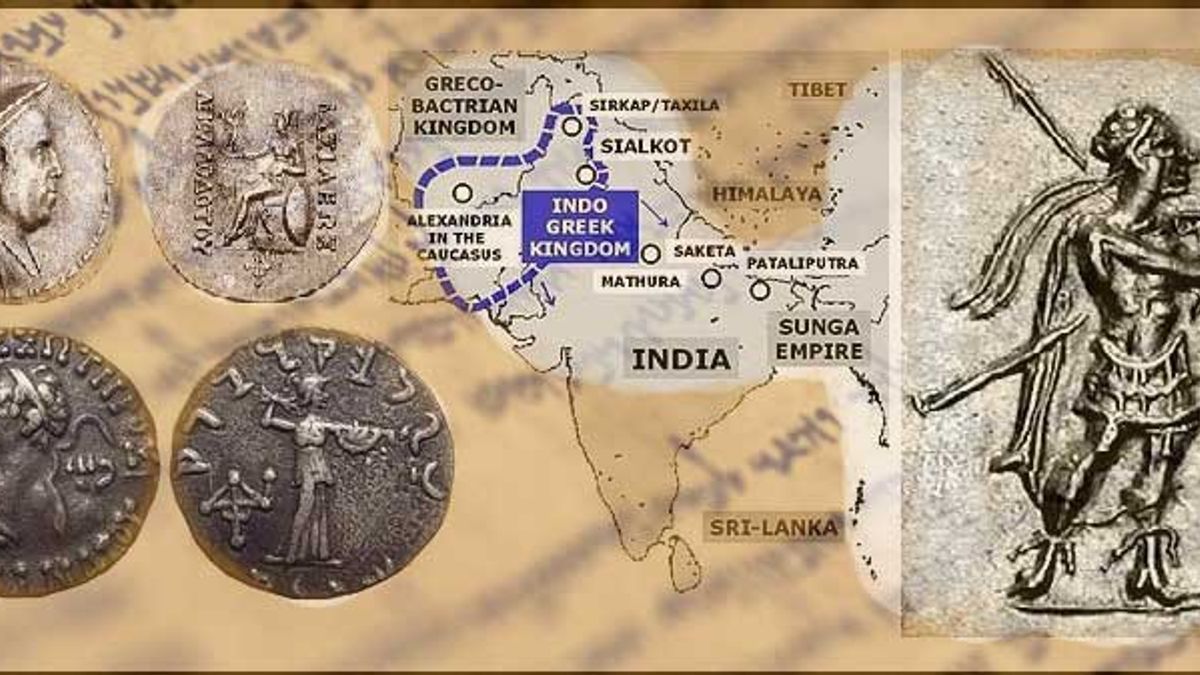 The Indo-Greek Kingdom or Greco-Indian Kingdom ruled over the northwest regions of the Indian Subcontinent (mainly modern Afghanistan and Pakistan, along with parts of north-western India) during the last two centuries BC. The Indo-Greek rulers have been mentioned as 'Yavanas' in the Indian literature. Euthydemus, Demetrius, Eucratides and Menander were the important rulers of Indo-Greek Kingdom. The Indo-Greek Rulers of Ancient India and their contribution are given below:

1. Euthydemus I: He overturned the dynasty of Diodotus of Bactria and became a Greco-Bactrian king.

2. Demetrius I: He was undefeated in the battle field and posthumously named as 'the Invincible. He started Yavana Era (Starting in 186-185 BC).

3. Pantaleon: He was a successor of the Greco-Bactrian king Demetrius. He was the first Greek king to strike Indian coins, peculiar irregular bronzes representing a lion with a dancing Indian woman.

4. Agathocles: He was a grandson of Euthydemus. He issued a series of "pedigree" dynastic coins, probably with the intent to advertise his lineage and legitimize his rule, linking him to Alexander the Great, a king referred to as Antiochus Nikator the founder of the Greco-Bactrian kingdom Diodotus and his son Diodotus II, Euthydemus, Demetrius and Pantaleon.

5. Apollodotus I: He was the first Greek king who ruled in India only. Hence, consider as the real founder of Indo-Greek Kingdom in India.

6. Antimachus II: He ruled over vast territory from the Hindu-Kush to the Punjab around 170 BCE. He issued bilingual bronzes with aegis / laurel wreath and palm. Both these and the goddess Nike seem to allude to his epithet "the Victorious".

7. Menander I: According to the Pali sources, his was called as Milinda. He was influence by Buddhism. He embraced the Buddhist faith, as described in the Milinda Panha, a classical Pali Buddhist text on the discussions between Milinda and the Buddhist sage Nāgasena. The coins of Meander have been engraved with “Dhammachakka” of Buddhism.

8. Eucratides:  He was most important Greco-Bactarian Kings (Descendants of Alexander the Great). He uprooted the Indo-Greek kings and started his own lineage.

Development of Science and Technology during Ancient India

9. Zoilos I: He uses a silver coin type similar to that of Euthydemus II, son of Demetrius: Crowned Herakles standing, holding a wreath or diadem in his right hand, and a club and the lion skin in his left hand. He bears the Pali title "Dhramikasa" ("Follower of the Dharma"), probably related to Buddhism.

10. Demetrius III: He ruled over the area of Gandhara and Punjab and issued a single, unique monogram coin.

The Indo-Greek rulers were the one whose coins carried the portrait of kings and their names. They were the first rulers to issue gold coins. They influenced the Indian Science and astronomy. The Gandhara School of Art was developed under Indo-Greeks. They got declined from the time Bactria itself was attacked by the nomadic tribes from central Asia, the Scythians.