International Lefthanders Day 2021: The day raises awareness about the troubles that lefty people experience with living in a right-hand centric world. It also provides a chance for right-handed people to experience it for themselves.

It is an old saying that "right-handed people operate on the left side of the brain, which means that left-handed people are functioning on the right side".

Several people in the world including celebrities, world leaders, etc. are left-handed. Various people are in fact equally comfortable using both hands. International Lefthanders Day is observed on 13 August to highlight the uniqueness of lefties.

International Lefthanders Day was launched by the Club as an annual event on 13th August, 1992 when lefthanders everywhere can celebrate their uniqueness and also increase awareness in the public about the advantages and disadvantages of being left-handed. The event is now celebrated worldwide. In the UK there have been more than 20 regional events to mark the day including left-v-right sports matches, a left-handed tea party, and nationwide “Lefty Zones” where lefthanders creativity, adaptability, and sporting prowess were celebrated, etc.

No doubt these events have contributed to generate awareness about the difficulties and frustrations that lefthanders experience in everyday life.

In 1990, the Left-Handers Club was formed with an objective to keep members in touch with developments, create their views known to manufacturers and others. To provide help and advice line, to promote research into left-handedness and development of new left-handed items. The strength of the Club is increasing since its formation as members from all over the world have joined it and is highly regarded as the foremost pressure group and advice centre on all aspects of left-handedness.

Being left-handed: Some Facts

There is not yet any definite reason why some people are left-handed but it is said that about 13% of the population around the world is left-handed and it is thought to be genetic, it definitely runs in the families.

Recently, some researchers have located a gene they believe "makes it possible to have a left-handed child". So, if a person has that gene then his or her one or more children may be left-handed whereas, without it, there will have only right-handers.

If a person is left-handed then he or she has that gene and will pass it on through the generations.

In the brain, the left hemisphere controls the right-handed dominance side of the body and vice versa. 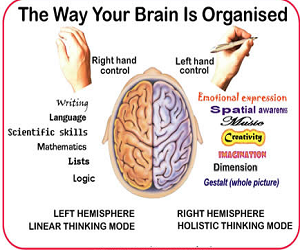 Hand dominance is connected with brain dominance on the opposite side that is why it is said that only left-handers are in their right minds!

Some famous lefthanders are:

So, now you may have come to know about International Lefthanders Day, its history and some facts.

Important Days and Dates in August 2021

When was the Left-Handers Club formed?

In 1990, the Left-Handers Club was formed with an objective to keep members in touch with developments, create their views known to manufacturers and others.

When was International Left-Handers Day launched?

International Lefthanders Day was launched by the Club as an annual event on 13th August, 1992 when lefthanders everywhere can celebrate their uniqueness and also increase awareness in the public about the advantages and disadvantages of being left-handed.

When is International Left-Handers Day observed?

International Left-Handers Day is observed on 13 August to spread awareness about the challenges that everyday lefties face because we live in a world designed for right-handers.