Kannada Language: Check These 7 Amazing Facts About The Queen of Languages!

Kannada being one of the most unique languages originated and spoken in India is also the queen of all the languages of the World. It is the mother of many languages that are spoken now across the globe. Let us know some amazing nail biting facts about it here

Recently Bollywood actor Ajay Devgn has replied to the Kannada actor Kiccha Sudeep's tweet questioning the importance of the Hindi language. This sparked a friendly banter between the two with Ajay Devgn schooling the latter on the importance of Hindi in India. Take a look at the series of tweets below.

Kiccha Sudeep replied in a respectful manner as well.

Hello @ajaydevgn sir.. the context to why i said tat line is entirely different to the way I guess it has reached you. Probably wil emphasis on why the statement was made when I see you in person. It wasn't to hurt,Provoke or to start any debate. Why would I sir 😁 https://t.co/w1jIugFid6

The matter was later resolved by the two actors on Twitter itself.

Hi @KicchaSudeep, You are a friend. thanks for clearing up the misunderstanding. I’ve always thought of the film industry as one. We respect all languages and we expect everyone to respect our language as well. Perhaps, something was lost in translation 🙏

September 23 is observed as the International day of sign language. India is home to many languages. With its changing states, the languages, dialects of people and culture followed changes. This is the uniqueness of the country. It happened in June this year when the people of South India were outraged as a Google search of the 'ugliest language of India' shows Kannada as the result. It is quite an irony as on one hand, Google classifies Kannada as the Queen of all languages in the world and at the same time calls it ugly.

President of Kannada Development Authority, TS Nagabharana said in response to this, "we have got into a legal battle over this issue. A legal notice was sent to Google condemning Kannada. The humiliation of one another in terms of ground, water, language and culture cannot be tolerated."

As much as the citizens are hurt, the authorities are not shying away from calling out this absurd search result. Take a look at the proof of the absurd Search Result here

Let us know some amazing facts about this language that makes it unique and the Queen of all languages.

1. Kannada is one of the oldest languages:

It is one of the oldest languages of India. The oldest literary works in the Epigraphs reveal that the old Kannada flourished during the Ganga dynasty in the 6th century AD and during the Rashtrakuta dynasty during the 9th century.

The oldest preserved manuscript in Kannada is Jain Bhandar, Mudbidri palm leaf manuscript of Dhavala. It contains 1478 leaves in old Kannada from the 9th century AD. 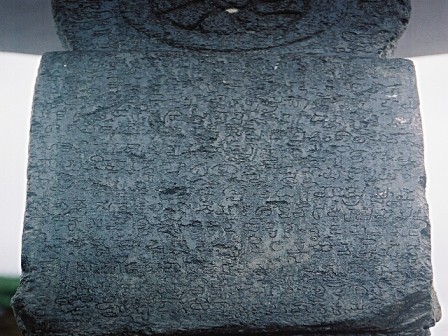 2. Kannada has 10 vowels and it can be surprising how every word in Kannada ends with a vowel

This in itself is the most unique fact about the language. As the Literary Giants tell, Sanskrit influenced this language to a large extent. Other languages to make an impression on this Dravidian language include Prakrit and Pali.

3. There is no silent letter in Kannada

Is it not surprising? Where the English language is known for its silent letters and word formation based on them, the Kannada language has no scope for those. This is why it is called the most scientific language on Earth also.

Take a look at the language and its areas of speakers in Older India:

4. Kannada is the only Indian language for which a foreigner Ferdinand Kittel wrote a Dictionary

Reverend Ferdinand Kittel is most famous for his study of the Kannada language. He is well known for producing a Kannada-English dictionary of about 70,000 words in 1894

5. Kannada is the most logical and scientific language of the world

Kannada is based on Sanskrit and is heavily influenced by it. It has a very extraordinary grammar and is easy to follow and learnt. The Kannada language is written using the Kannada script, which evolved from the 5th-century Kadamba script.Kannada literature has been presented with 8 Jnanpith awards.

6. Kannada literature is older than English and Hindi

Kannada is the oldest language along with Prakrit, Sanskrit, and Tamil. Linguists are of believing that Kannada branched off from the proto-Tamil South Dravidian division even before the Christian Era. This means it was spoken way before English and Hindi.

Various historical facts regarding the Kannada language indicate that the great Greek dramatists were familiar with both the Kannada speakers and the language in even the 4th Century BCE. It has been found in various literature across the area that Euripides and Aristophanes used Kannada phrases and expressions in their dialogues for some of the characters in their dramas.

Kannada is thus definitely not the ugliest language in the world. It truly represents Indian Culture and Heritage at its best and is the language of the proud people of Karnataka. It is spoken by over 45 million people across the world and is the only Indian language to have a Wikipedia Logo. So it is seriously highly doubtful that the language can be classified as ugly.

Is Kannada older than Tamil?

Kannada is an old language but Linguists do not consider it older than Tamil as the literary inscriptions of Kannada have been found in 450 BCE.

How many people speak Kannada in India?

Over 43 million people spoke Kannada till 2011 in India. Now the count has incraesed

Where is Kannada spoken in India?

Kannada language, also called Kanarese or Kannana is widely spoken in South India states and is the official language of Karnataka

Which is the oldest language in India?

Kannada is said to be the oldest language in India after Tamil. Tamil is said to be older than Kannada
Get the latest General Knowledge and Current Affairs from all over India and world for all competitive exams.