The Father of Indian Cinema, Dadasaheb Phalke, made the first Indian feature film Raja Harishchandra in the year 1913. In his memory, the Government of India introduced the Dadasaheb Phalke Award in 1969. The 51st Dadasaheb Phalke award was conferred to the legendary actor Rajnikanth.

List of Dadasaheb Phalke Award Winners (1969-2021): Celebrated actor Rajnikanth received the Dadasaheb Phalke Award 2019 on 25 October 2021 for his timeless and majestic contribution to Indian cinema as an actor, producer and screenwriter. The actor has previously been honoured with Padma Awards-- Padma Bhushan (2000) and Padma Vibhushan (2016).

His contribution as actor, producer and screenwriter has been iconic

'Jungle Cry' directed by Sagar Ballary won the Best Film (Jury) award at the 11th Dadasaheb Phalke International Film Festival 2021. It is based on a true story of 12 underprivileged tribal children from KISS Odisha who won the World Rugby Championship held in the UK in 2007.

Glad to share that #JungleCry, a true inspiring story on how KISS students became Champions at the U-14 Rugby World Cup 2007, has won the 'Best Film' (Jury) at the @Dpiff_official International Film Festival 2021.
Read more -https://t.co/cdRf5XDTla pic.twitter.com/pT1LPpTUtQ

On 20 February 2021, the Dadasaheb Phalke International Film Festival Awards 2021 took place in Mumbai and were aired live on ZEE5.

Here is the list of winners of the Dadasaheb Phalke International Film Festival Awards 2021: 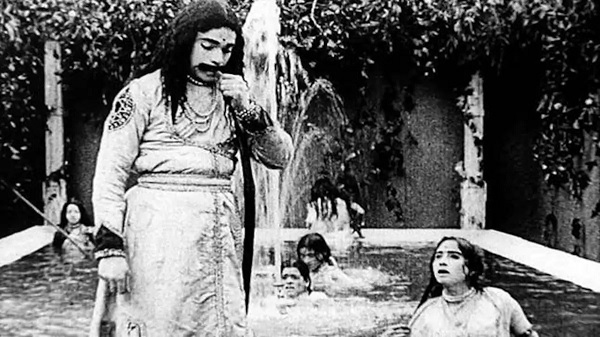 The Dadasaheb Phalke Awards is India's highest award in cinema and is presented annually at the National Films Awards ceremony by the Directorate of Film Festivals, an organisation set up by the Ministry of Information and Broadcasting. The very first recipient of this award was Devika Rani who received it in 1969 on the occasion of the 17th National Films Awards.

The recipients are honoured for their "outstanding contribution to the growth and development of Indian cinema." The winners of the Dadasaheb Phalke award is selected by a committee consisting of eminent personalities from the Indian film industry. The award comprises a Swarna Kamal (Golden Lotus) medallion, a shawl, and a cash prize of Rs. 10 Lakh.

This award is the highest official recognition for film personalities in the country. The above list of Dadasaheb Phalke Award (1969-2021) is useful for all upcoming competitive examinations to be held in India.

Who is known as the Father of Indian Cinema?

Dadasaheb Phalke is known as the Father of Indian Cinema. He made India's first full-length feature film Raja Harishchandra in 1913.

Who was awarded the Dadasaheb Phalke Award 2019?