National Memorial Day 2020: Due to COVID-19 pandemic, the traditional live concert on the West Lawn of the U.S. capital will not be held for health and safety purpose. It will be live-streamed on PBS.org, Youtube and Facebook. The day is observed on last Monday of May and this year it falls on 25 May. Let us read in detail about National Memorial Day, history, significance and celebration. 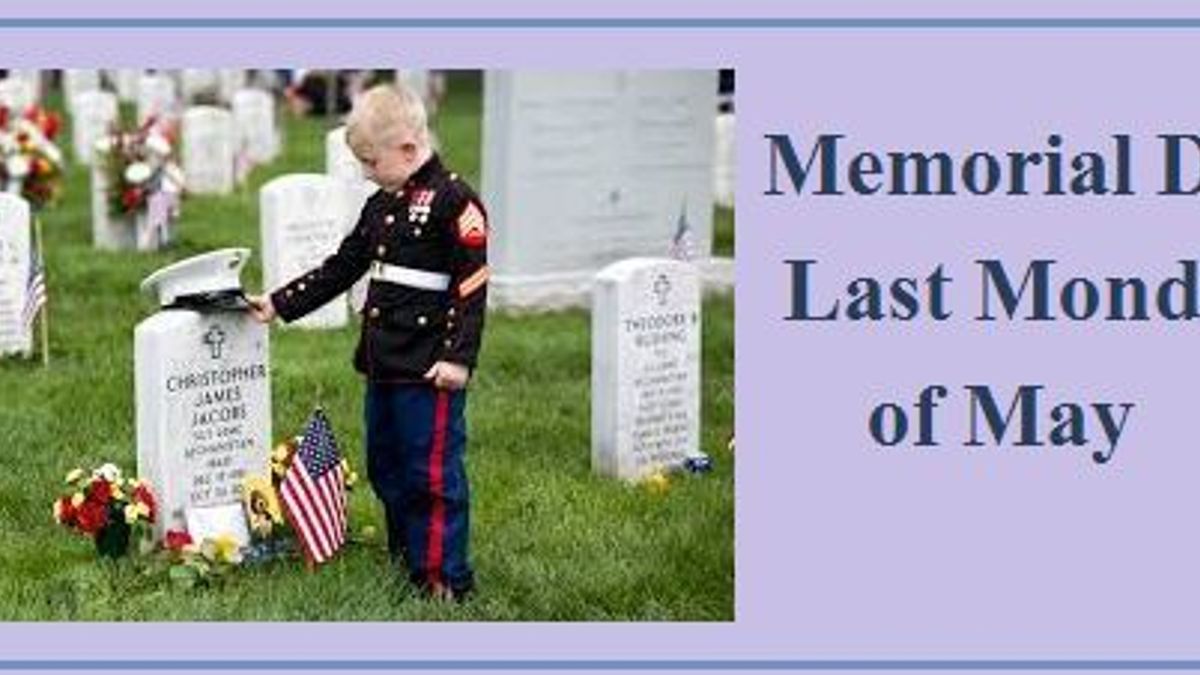 Memorial Day 2019: Last Monday of May

National Memorial Day 2020: This year the concert will pay tribute to the men and women who are doing and working for us to fight against COVID-19. The old tradition of honouring and remembering troops, veterans, wounded warriors, etc. who have given their lives for freedom, and their families.

As on this day, people used to decorate the graves of the soldiers. So, it became a tradition of decorating graves with flowers, wreaths and flags. It is a day for remembrance of those who have died in service to the country U.S. It was first observed on 30 May, 1868 to commemorate the sacrifices of the Civil War soldiers.

National Memorial Day: History
As discussed above, this day was started as an event to pay tribute to the soldiers who had died during the American Civil War. Basically, it was inspired by the way people of Southern States honoured their dead people. After World War I, all men and women were included in this day died in any war or military action.

Originally Memorial Day was known as Decoration Day. Do you know the current name that is Memorial Day came after World War II? Earlier it was celebrated on 30 May. Let us tell you that on 30 May, 1868, it was first observed by the proclamation of Gen. John A Logan of the Grand Army of the Republic, an organisation of former Union sailors and soldiers.

The Uniform Monday Holiday Act was passed by the Congress in 1868 to establish Memorial Day as the last Monday in May which had created a three-day weekend for federal employees. But until, 1971, it did not become an official federal holiday.

Further, during the first national commemoration, former Union Gen. and sitting Ohio Congressman James Garfield made a speech at Arlington National Cemetery. After, this around 5000 participants came forward and helped to decorate the graves of more than 20,000 Union and Confederate soldiers who were buried there.

After World War I, it became a tradition to honour those who died in America War's and so widely established as a national holiday throughout the United States.

National Memorial Day: Celebrations
On this day, every year, in several cities and towns across the United States parades were hosted incorporating military personnel and members of veteran's organisations. Some of the largest parades take place in Chicago, New York and Washington, D.C.

By visiting, cemeteries and memorials Americans also observe this day. Some people wear a red poppy in remembrance of those fallen in the war which as a tradition began with a World War I. Traditionally, this day also is seen as a start of the summer season so cultural programs also took place. Several people choose to hold a picnic, sports events and family gatherings this weekend.

The tradition of celebrating this year is changed due to COVID-19 pandemic but the goal is the same. This year the concert will be live streamlined on PBS.org, Youtube and Facebook.

Therefore, Memorial Day is a federal holiday. All non-essential Government offices are closed, as are schools, businesses and other organisations.

National Armed Forces Day: All you need to know