SpaceX launched NASA's Crew-5 mission via its Crew Dragon capsule atop Falcon 9 rocket. Astronaut Anna Kikikna becomes the first Russian astronaut to fly with the US in 20 years, amid the Ukraine conflict.

A Dragon capsule (or pressurized section that enables for the transportation of both sensitive cargo and people) was atop the Falcon 9 rocket.

This mission marks SpaceX's eighth human spaceflight in more than two years and the corporation's fifth operational crew launch for NASA till now.

What Is Special About NASA’s Crew-5 Mission?

However, this is the first time in 20 years, that a Russian astronaut is hitching a ride to space with U.S.-based NASA, given the escalating hostilities between the US and Russia over the Ukraine war.

Also Read | Explained: What is the conflict between Russia and Ukraine? Key reasons behind Russia-Ukraine conflict

Another astronaut, Nicole Mann is a recognised Wailacki tribal member of the Round Valley Reservation, and the first Native American woman to enter space through the crew-5 mission.

Through its mission, NASA Crew-5 is encouraging diversity and demonstrating to the world the potential of unity, according to Sergei Krikalev, Executive Director of Human Space Flight Programs, Roscosmos.

The Crew Of Crew-5 Mission 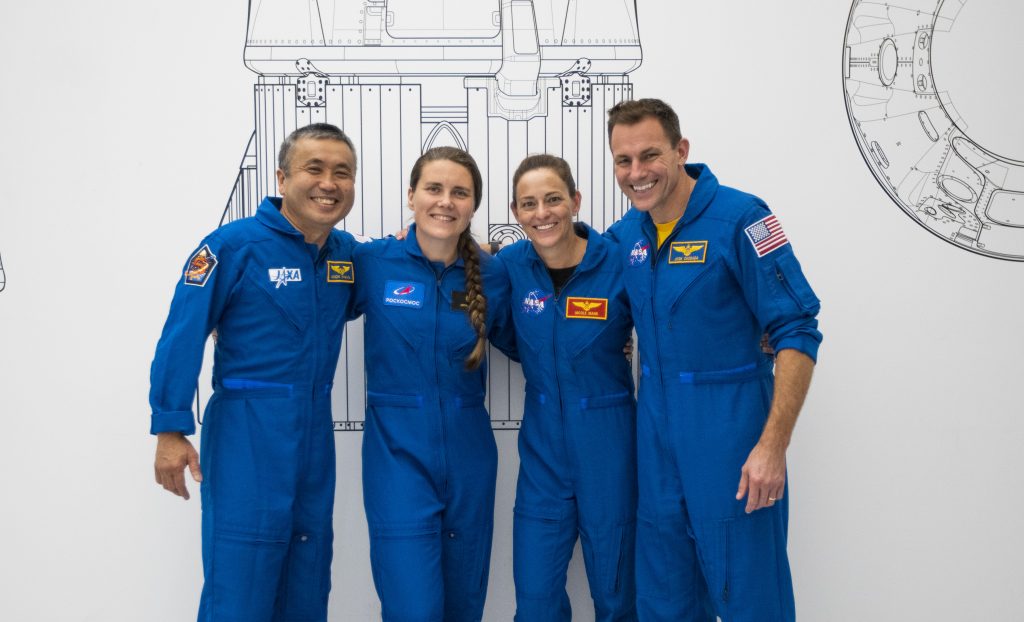 Nicole Mann is the first Native American woman to serve in NASA. It is her first space mission since becoming an astronaut in 2013. As the mission commander, Mann is in charge of all aspects of flight, from takeoff to re-entry to Earth.

It is also Josh Cassada’s first journey after being chosen as an astronaut in 2013. He is the pilot and is responsible for the performance of the spacecraft's systems.

Koichi Wakata, who has successfully traveled on both the Russian Soyuz spacecraft and the NASA space shuttle, is traveling to space for the fifth time. He is the mission expert and has the responsibility to monitor the spacecraft during the challenging launch and re-entry stages.

Anna Kikina is also traveling to space for the first time. As the other mission expert, her duty is to monitor the spacecraft during the challenging launch and re-entry stages.

What Is The Crew-5 Mission About?

Launched on October 5, 2022, the SpaceX operational Crew-5 Mission for NASA is expected to span around six months.

After arriving, the seven members of Expedition 68 will greet Crew 5 inside the space station. The astronauts of NASA's SpaceX Crew-4 mission will unberth from the space station and return to earth after a few days.

The objective of the mission is to carry out new scientific experiments in order to improve life on Earth and prepare for human travel beyond low-Earth orbit (it is the orbit around Earth where most artificial objects, such as satellites are in).

There are more than 200 scientific experiments to be conducted by the crew, including research on printing human organs in space, figuring out how the Moon's fuel systems work and expanding studies on heart diseases.

The crew is scheduled to return to Earth in the spring of 2023.

What is the Crew-5 mission?

SpaceX Crew-5 is the fifth crew rotation mission for NASA using the SpaceX Dragon capsule atop the Falcon 9 rocket to reach the International Space Station.

When did NASA Crew-5 launch?

NASA Crew-5 mission was launched on 5th October, 2022.
Get the latest General Knowledge and Current Affairs from all over India and world for all competitive exams.