The Congress Party has announced the expulsion of Deputy Chief Minister of Rajasthan, Sachin Pilot after he rebelled against the Congress. The Congress now has a support of 100 MLAs, the half-way mark in the 200-member assembly. Let us look at his political career, education, family and more. 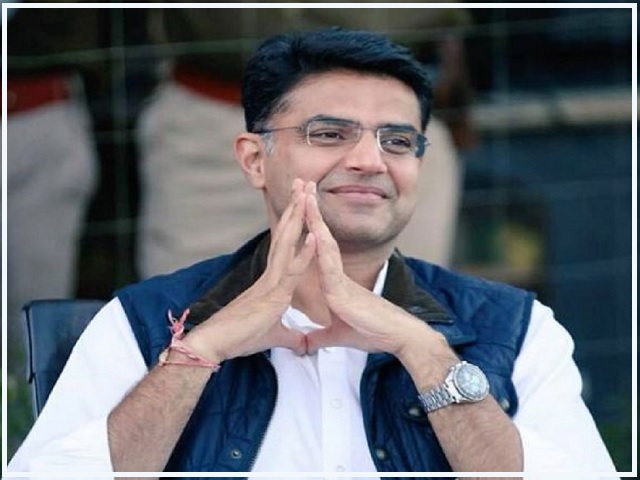 The Congress Party has announced the expulsion of Deputy Chief Minister of Rajasthan, Sachin Pilot after he rebelled against the Congress. The Congress Party stated that the Deputy CM was ensnared by the BJP to bring down the Ashok Gehlot government in Rajasthan. The Congress now has a support of 100 MLAs, the half-way mark in the 200-member assembly.

Earlier, as per several reports, Deputy Chief Minister of Rajasthan Sachin Pilot was likely to meet BJP Chief JP Nadda. It was rumoured that Sachin Pilot is following Scindia's footprints in order to reclaim his political space. Deputy Chief Minister of Rajasthan claimed that he has the support of 30 MLAs to bring down the Congress Government in the state while the Congress in a press meeting at 2:30 AM claimed the support of 109 MLAs. Let us look at his political career, education, family and more.

Sachin Pilot did his schooling from  Air Force Bal Bharati School, New Delhi. He did his graduation from  St. Stephens College, University of Delhi and an MBA from  Wharton School of the University of Pennsylvania, Philadelphia, USA. He also holds a diploma in marketing from I.M.T. Ghaziabad.

Sachin Pilot was worked with the Delhi Bureau of the British Broadcasting Corporation. He was also employed by American multinational corporation General Motors for two years.

Sachin Pilot married Farooq Abdullah's daughter, Sara Abdullah on January 15, 2004. Farooq Abdullah is the former CM of Jammu and Kashmir and is the Chairperson of Jammu & Kashmir National Conference. The couple has two sons-- Aaran and Vehaan.

He was also a member of Lok Sabha's Standing Committee on Home Affairs and member of the Consultative Committee in the Ministry of Civil Aviation. In 2012, in the second term of Manmohan Singh's Government, he became the Minister of Corporate Affairs.

Sachin Pilot lost the 2014 Lok Sabha elections from the Ajmer constituency to BJP's sitting MLA Sanwarlal Jat by a huge margin of votes.

In 2014, he became the President of Rajasthan Pradesh Congress Committee.

In 2018 Legislative Assembly elections, Sachin Pilot defeated Yunus Khan and won the Tonk seat. On July 13, 2020, he was sworn in as the Deputy Chief Minister of Rajasthan under Ashok Gehlot's government.

Following the footprints of his father and grandfather, Sachin Pilot became the first Union Minister of the nation to be commissioned as an officer in the Indian Territorial Army (TA) on September 6, 2012.

Sachin Pilot along co-authored a book 'Rajesh Pilot: In Spirit Forever' with his sister Sarika Pilot.