What is 'Smellicopter Drone' and how it works?

Smellicopter is an autonomous drone that uses a live antenna from a moth to navigate towards smells. It can also sense and avoid obstacles in its way while flying. 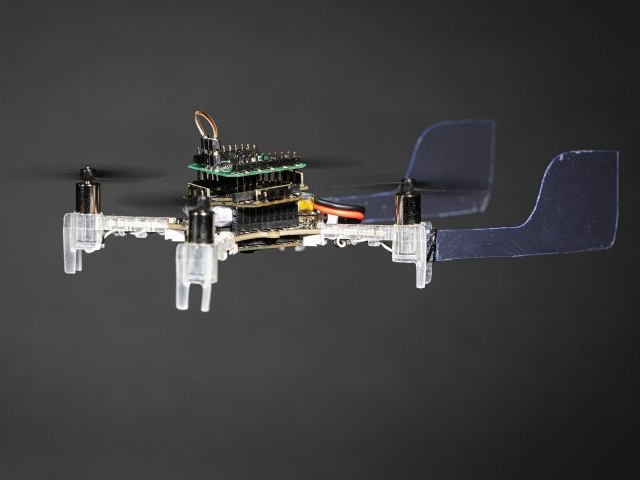 Researchers and scientists are interested in developing devices that can sniff the chemicals and navigate in the air to locate disaster survivors such as gas leaks, explosions, etc. But most man-made sensors are not sensitive or fast enough to locate or process-specific smells. In this direction, scientists have developed Smellicopter.

The research by Melanie Anderson, a doctoral student of Mechanical Engineering at Washington University and the lead author of this study, was published on 1 October 2020 in the journal IOP Bioinspiration and Biometrics.

Introducing the #Smellicopter! This small bio-hybrid drone uses the antenna of a moth as a sensor to autonomously sniff out odors like hazardous chemicals or explosives. https://t.co/SDw3nZCjC1

It is an autonomous drone that uses a live antenna from a moth to navigate towards smells. Additionally, it can also sense and avoid obstacles in its way while flying. Researchers have also attached two plastic wings on the back of the drone, to help it fly continuously in the air.

According to the lead author of the study, Melaine Anderson, "Nature really blows our human-made odour sensors out of the water. By using an actual moth antenna with Smellicopter, we’re able to get the best of both worlds: the sensitivity of a biological organism on a robotic platform where we can control its motion."

Professor of Biology at UW and co-supervisor of the study stated, "Cells in a moth antenna amplify chemical signals. The moths do it really efficiently — one scent molecule can trigger lots of cellular responses, and that’s the trick. This process is super efficient, specific and fast."

Which moth's antenna has been used by the team?

The team used antennae from the Manduca sexta hawkmoth for Smellicopter drone. The moths were placed in the refrigerator by the researchers to anaesthetize them before removing their antennae. It is interesting to note that once the antenna is separated from a live moth, it stays chemically and biologically active for up to four hours. This time span can be extended by storing the antennae in the refrigerator.

Why moth's antenna has been used in Smellicopter?

Moth's antenna has been used in the Smellicopter as it can convert a chemical signature to electric impulses much faster and more effectively than any man-made detectors.

Smellicopters mimic how moth searches for smells and do not need any help from the researchers to search for odours. It begins its search by moving towards left for a specific distance and if nothing passes a specific smell threshold, it moves towards the right for the same distance. Once the odour is detected by the Smellicopter, it changes its flying pattern to reach towards it.

It can also avoid obstacles with the help of four infrared sensors which measures what's around it 10 times each second. If an obstacle comes within eight inches (20 cms) of the drone, it changes its direction by going to the next stage of its cast-and-surge protocol.

They do not need GPS too. They mimic how moth uses their eyes and uses a camera to survey their surroundings. This makes Smellicopters well-suited for exploring indoor or underground spaces like mines or pipes.

The researchers added two tiny wires into either end of the antenna to connect it to an electrical circuit and measure the average signal from all of the cells in the antenna. It was then compared with a typical human-made sensor by placing both at one end of a wind tunnel and wafting smells that both sensors would respond to-- a floral scent and ethanol. The antenna reacted more quickly and took less time to recover between puffs.

During the tests conducted by the researchers in the UW Research Lab, Smellicopter turned to fly towards smells that moths find interesting-- floral scents. Researchers hope that in the coming future they can use the moth antenna to sense other smells-- Carbon Dioxide exhaled by someone trapped under rubble or the chemical signature of an unexploded device.