What is Climate Apocalypse & is climate change irreversible now ? Know all details

Scientists around the world have recently called for a joint action against rising temperatures and pollutants leading to an irreversible climate change. This they have termed as Climate Change Apocalypse. Take a look at the details below.

The Intergovernmental Panel on Climate Change (IPCC) has recently published a report stating that we are moving forward to a climate apocalypse. IPCC has released the sixth assessment report which is Climate Change 2021: The Physical Science Basis. It has been formed by the Working Group 1.

IPCC is now preparing for its sixth assessment report and refining it with timely revisions. The UN Chief has termed IPCC report on Climate Change as Red Code for for Humanity.

Scientists have been warning us from quite sometime now for global warming becoming a menace. It would be causing the worst catastrophe if not contained within time. Take a look at the details of the Climate Apocalypse below.

What is the Climate Apocalypse?

It is a climate induced collapse that would involve global changes in human civilization. Humans could even go extinct after this event. Researchers have pointed out that we are actually progressing towards a climatic apocalypse quite faster than it was predicted.

In September 2021, scholars published an emergency action against this temperature rise and change which would be catastrophic to human health.

This all shows how rapidly the Earth is progressing towards apocalypse. 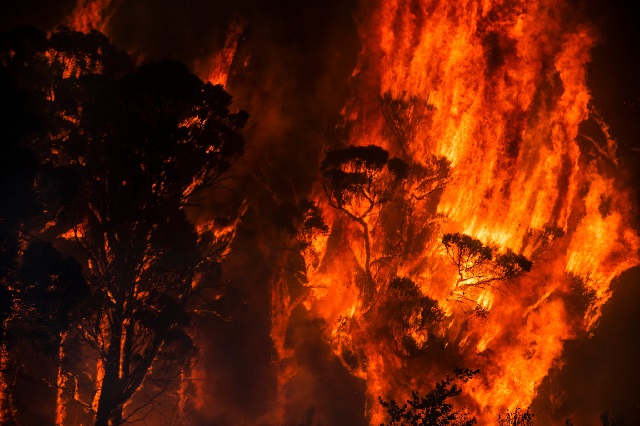 The study further states that in case global temperatures rise two degrees in the coming decade, the Greenland ice sheet will slide into the sea and result in a six-foot rise in sea levels, enough to swamp most coastal cities.

Also glaciers and snow packs that provide water to humankind will disappear. Aquifers will also be tapped out. The consequences could be seen with farmlands becoming deserts, and  starvation occurring on a massive scale around the world.

What are the effects of the Climate Apocalypse recently seen?

CoronaVirus: Scientists are of the view that since forests have been cut off to a larger extent, animals have been in closer contact with humans which has led to the circulation of such viral diseases in man.

Atlantic Ocean Hurricanes: 2020 as per NASA has been horrible for the Atlantic too with more hurricanes than ever in the ocean.

Wildfires: Australia, Siberia and USA had seen massive wildfires on their coasts in 2020 which was a result of the climate change. The bootleg wildfire is still alive in Oregon and has burnt around 4 lakh acres of land.

Floods and Landslides: India has seen many landslides in the hilly areas and heavy rains leading to floods in Maharashtra.

What is India Plastics Pact? All about its significance, details, circular economy & plastic pollution